Russia’s ultimate peace proposal is here, and the West must not squander it 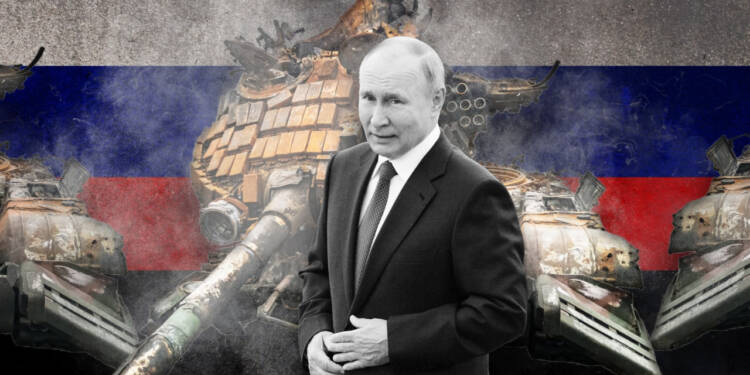 The West and the EU have long been in a bid to curdle Russia’s blood by imposing a series of sanctions on it. Now, the European Union is preparing a seventh package of sanctions against the invading country. According to the Poland Foreign Ministry, this package of sanctions might as well affect the gas supplies from Russia.

“From our point of view, a seventh sanctions package must be imposed as soon as possible,” Lukasz Jasina, the Polish Foreign Ministry spokesman, told the German newspaper Welt am Sonntag.

“We have to keep up the pressure.”

At the same time, Deputy Foreign Minister Marcin Przydacz told the same newspaper that the sixth package of sanctions had hit Russia hard but “we have not yet been able to sufficiently weaken Putin and his military machine.”

“We need further and tougher sanctions,” he said.

There’s nothing new under the sun in the European Union, the United States and its allies imposing several packages of sanctions against Russia, Russian businesses and officials. But, now Russia seems to lose its cool. Russia has now come up with a peace deal with the West and the European Union. Russia has insinuated that if the EU carries on with imposing another lot of sanctions they can take a big turn now. So, now Russia is warning the West and the EU to err on the side of caution because it can turn the tides with just one big move.

Russia can side with China

China and Russia are close allies, right? That is, after all, what the media wants you to think. In order to avoid singling out China as the only major bad force at work in the globe today, that tale was made up. Yes, Russia cooperates because having China and itself perceived by the rest of the world as an alliance makes sense from a strategic standpoint. Having said that, China is consistently getting its way with Russia, and the Kremlin’s tolerance is starting to wear thin.

China has now begun militarily antagonising Russia. Taking advantage of the Russia-Ukraine war, China has been conducting military drills on its far north-eastern border, raising expert concerns that Beijing could be considering a push into Russian territory. This might just prove to be the last straw for Russia in its dealings with China.

However, now to evade the Western sanctions Russia has no other option but to side with its staunchest enemy- China. Russia is now fishing in troubled waters, using China as its weapon. Russia can now take a big turn towards China and the East. Well, this may sound like music to China’s ears but not for the EU and the West for sure. Having a global power like Russia at its side will benefit China at times when its economy is already in shambles, but it can open a pandora’s box for the EU and the West.

If sanctions continue to be imposed on Russia, “we will make a big turn to China and the East”, Russia’s ambassador to London Andrei Kelin said in an interview.

So, a single chink in armour will now decide the West’s fate. Russia has come up with a peace proposal but the call is for the West to not squander it as it can have dire repercussions in the longer run. China and Russia are both militarily strong and real competitors to the West and if they form an alliance they can prove to be a real pain in the West’s neck.