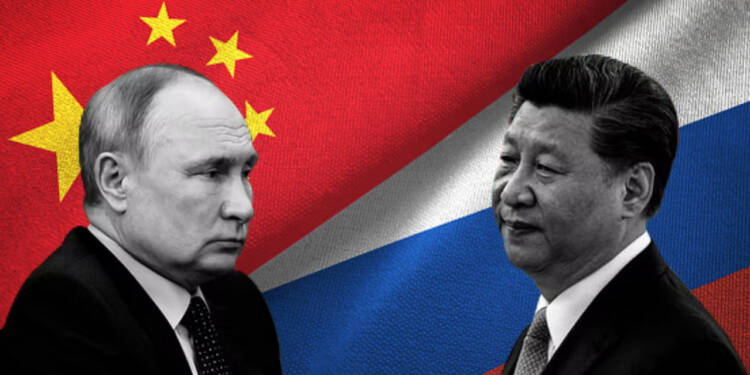 China is renowned for its expertise in reverse engineering technology. China has made inexpensive phones, inexpensive electronics, and much more, simply by stealing the technology from western nations. China has been using the same reverse engineering technique to create its own versions of defence weaponry. As a result, Russia has, on various occasions, charged China with stealing a variety of Russian weapon technology and other military gear.

In the recent incident, Russia detained a scientist in Siberia recently on charges of state treason for allegedly working with China’s security services, according to the Russian news agency TASS.

Nevertheless, between 2014 and 2018, 70 per cent of Beijing’s weaponry imports came from Russia, which was China’s top arms supplier. For Moscow, though, the widespread Chinese reverse engineering of Russian military technology has become a major concern. The head of Rostec claimed that China has imitated everything, including Sukhoi aircraft, deck jets, air defence systems, mobile air defence missiles, and Pantsir medium-range surface-to-air systems.

Russia took a number of steps to stop the practice. For instance, it required China to acquire weaponry in quantity rather than just a few samples, indicating that the weapons would probably be reverse-engineered. Additionally, Russia pushed for guarantees against theft in its agreements, and even tried to get royalties from Chinese companies that copied Russian weapons. However, these actions were still ineffectual.

China is currently exporting counterfeit weapons to the worldwide market, undermining Russia’s own arms trade in the process, adding salt to Russia’s wounds.

History of the defence theft

In 1961, as tensions between the USSR and the PRC reached a fever pitch, the Soviets transferred blueprints and materials associated with its new MiG-21 interceptor to China. The offer was an attempt to close some of the gap and signal to China that communication between the two Communist superpowers was still possible.

The offering didn’t work. Sino-Soviet tensions continued to increase, nearly to the point of war in the late 1960s. The Chinese finally created the J-7, a near-exact replica of the MiG-21, using the blueprints and other components. In direct opposition to the Soviets’ MiGs, the Chinese eventually sold the J-7 (F-7 export variant). In fact, following the early 1970s US-PRC rapprochement, the Chinese sold J-7s straight to the Americans, who then deployed them as a part of an aggressor squadron to train American pilots to take on the Soviet Union.

Warming in relations between Russia and China was heralded by the fall of the Soviet Union in the early 1990s. Russia no longer had compelling grounds to deny the Chinese access to its most cutting-edge military technology. However, the Russian military was no longer able to buy new technology, and the vast Soviet military-industrial complex desperately needed consumers. For its part, the PRC was in need of new sources for cutting-edge military hardware after the Tiananmen Square massacre led to the imposition of arms embargoes by the United States and Europe.

Accordingly, Moscow and Beijing struck a number of sizable arms transactions in the 1990s. The sale, licencing, and technology transfer of the multirole fighter Su-27 “Flanker” was among the most significant. The agreement offered the Chinese access to one of the most lethal air superiority fighters in the world while saving the Russian aviation sector.

But the period of positive emotions couldn’t last. The Russians assert that the Chinese started breaking licencing requirements by putting their own avionics on Flankers J-11 almost immediately. In direct contravention of the conditions of the agreement, the Chinese also started working on a carrier variant. The relationship between Russia and China was weakened by the theft of Russian technology, which made the Russians far more hesitant to hand over their crown jewels to the Chinese military.

And now recently as Russia has detained a scientist in Siberia on suspicion of of state treason for allegedly collaborating with China’s security services, China may have to pay the price for it. Also, Russia has been irked China’s take on the Russia-Ukraine conflict. China bought into the notion that Russia would lose the conflict and that Russia was no longer a big power when the Russia-Ukraine war started. As sanctions against Moscow grew more severe, Beijing appeared to stop purchasing coal and start looking for alternatives. China even made the humiliating attempt to force Russia out of Myanmar’s energy market.

With this level of trust deficit between the two, it seems that Russia may soon end its defence ties with China.