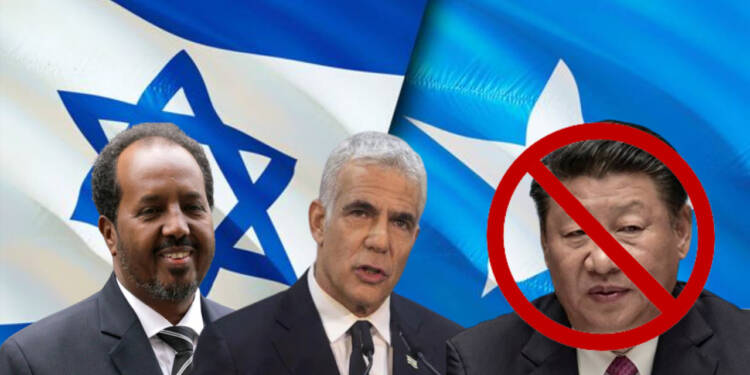 The rise of China is ending and honestly, it is way too soon than was expected. China has been at the forefront of investments in developing countries for many years. The CCP (Chinese Communist Party) has interests in all parts of the world including the very strategic horn of Africa, home to the nations of Djibouti, Eritrea, Ethiopia and Somalia.

The region lies just south of the red sea and is of unique strategic importance in the upcoming world order. The region has close proximity to the middle eastern oil fields and its waterways possibly constitute one of the most important trade routes in the whole world. Multiple powers like Russia and China have made considerable investments in the area.

Somalia Looking to Breakup with China

China’s economic decline is not exactly a thing of the far-fetched future. The golden era has supposedly happened and things are wary now. China is in the grip of a multi-faceted crisis, with Covid, rebellion quashing lockdowns obstructing economic output, dropping exports and a faith crisis from overseas investors, high debt and, as a result, a dispirited economy looking towards a possible recession. CCP leader Xi Jinping’s policies have orchestrated the impending doomsday for the Chinese economy. China is declining as the manufacturing giant it once was and giving space to democratic players like India.

Somalia has in its possession a huge surplus of untapped resources and it requires assistance from technologically advanced players with experience and investments to help them. China does have considerable investments in Somalia and would have been a valid partner for further investments but bad economic conditions in Beijing seems to have set in motion a breakup between Somalia and China.

China was also previously expected to mediate and help resolve the Nile River Dam crisis between Ethiopia and Egypt but was unable to exert influence owing to its decreased clout over the area. The leaders in Egypt and Ethiopia considered it a better option to solve the crisis themselves than to involve an aggressive mediator like China.

A spokesperson for Somalia’s president said on Saturday that the government is set to consult parliament on the possibility of establishing diplomatic relations with Israel, Hebrew media reported.

Somalia, a Sunni Muslim country and a member of the Arab League has not recognized the state of Israel. However, Somalia has been looking to normalize relations with Israel in the past few years. Many Arab countries rejected the idea of Israel mainly over the issue of Palestine, but recent developments between many Arab countries like UAE and Bahrain with Israel have triggered Somalia to woo the technological and military power.

Somalia is looking for partners to help them tap their resources without influencing the internal affairs of the country and Israel seems to be the perfect option for this enterprise. Meetings between the Somalian leader and former prime minister of Israel Benjamin Netanyahu in Israel in 2016 in secret have been reported.  Regime changes in Israel have now possibly made it easier for Somalia to get in the good books of Jerusalem and end its dependence on countries like China.

“Henan banks, return my savings!”. Even covered in bruises, this cry of protest looms over rural China