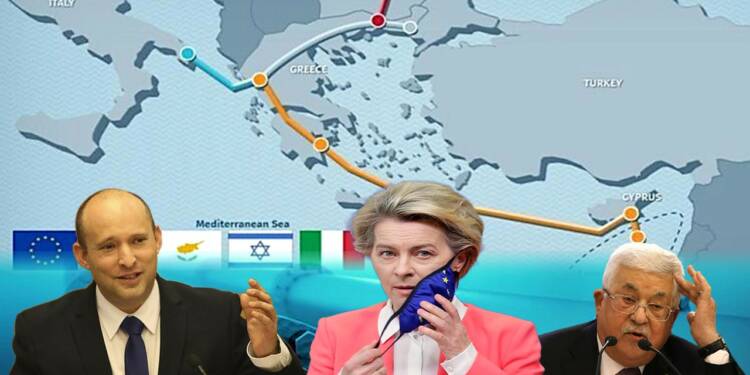 The 100-year-old issue between Israel and Palestine still continues to influence the international politics. Tensions between Israelis and Palestinians living in Jerusalem, Gaza, and even the West Bank have always garnered West’s attention. The West has always subtly extended solidarity with the Palestinians.

Just about two weeks ago, the EU unblocked funds for Palestine. The decision to unblock money came after voting in Brussels concerning Israel’s actions against Palestine.

In just two weeks, the EU has surrendered to Israel, particularly because the energy crisis in the bloc has deepened, after the supplies of Nord Stream 1 hit a snag. This is bad news for the Palestinians.

EU leans to Israel for Oil

In its bid to woo Israel, the European Union is in the mood to change its stance over Middle East’s longest-running conflict. This is because Israel can possibly end the EU’s need for energy in just a couple of supplies.

The EU looks to pump out Israeli natural gas imports. If one remembers, Israel had discovered several sizable natural gas fields in the Eastern Mediterranean back in the 2000s. However, the oil reserve remains largely untouched.

A few days ago, the European Commission President Ursula Von Der Leyen announced that the EU is preparing two important energy infrastructure projects to instate energy links with Israel. Through this project, a pipeline for gas and hydrogen will be settled in the eastern Mediterranean and an underwater power cable linking Israel to Cyprus and Greece will also get established.

EU has been trying to convince Israel for gas for a very long time. The Italian Prime Minister Mario Draghi also arrived in Israel for energy talks with his Israeli counterpart and convinced Israel to sign an agreement with Egypt and Europe.

Through this deal, Israel will first export natural gas to Egypt, where it will be liquified, then it will be sent to Europe.

All this indicates one thing, with the arrival of Israeli natural gas inside Europe, the Bloc is finally leaving the interest it had in the Israel-Palestine conflict and this is a major blow to Palestine.

The Bloc’s desperate move to end Europe’s reliance on the Russian natural gas has led the European Union member states to rush into global markets for securing Gas and Oil. However, the EU’s shift towards Israel was completely unexpected.

For years, the Palestine conflict has remained a thorn in Israel and EU’s trade relations. For years, the pro-Palestine activists used to mount pressure on the European companies to end or avoid the ongoing business relationships with Israel.

Even the EU avoided getting into business with Israel for years. But now, EU is making moves that would make the Palestinian conflict no more a matter of concern. This would completely transform Palestine-EU relationship.

EU won’t interfere in the Israel and Palestine conflict and won’t even release new reports about human rights.

Read More:  EU wants Israel to fight its war against Russia but Israel is playing a clever game

For EU, human rights certainly matter, but oil matters more. As the EU-Israel ties get into motion, the most immediate effect will be seen in the Israel settlement project in the West Bank. Whereas, Palestinians will continue to remain in trouble.

In addition, Israel is also getting recognition and is normalising ties with the Arab world. Israel would emerge as a major player in global oil market very soon.