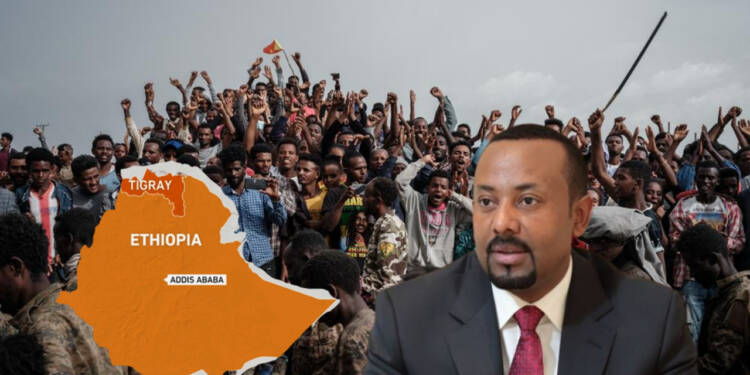 Tigray militants have been wreaking havoc in Ethiopia for decades now. These militants wanted to throw out the Prime Minister of Ethiopia, Dr Abiy Ahmed, from power. Tigray forces made several gains in the uncharted territories of Amhara and Afar. The Prime Minister of Ethiopia Abiy Ahmed has been conducting military campaigns in the Tigray region, which has become a bone of contention between the Ethiopian government and the Tigray People’s Liberation Front (TPLF), which is having a stronghold in the northern region of Tigray.

A year of conflict in Ethiopia, the second-most populous nation in Africa and a key player in regional security has resulted in thousands of fatalities, the eviction of over two million people from their homes, and the onset of famine-like circumstances in some regions.

The TPLF wants to throw out the Prime Minister of Ethiopia while in a similar bid the Ethiopian military, ethnic militias and troops from neighbouring Eritrea- are fighting to oust the TPLF, from its stronghold in the northern region of Tigray. To be precise, the TPLF is at a war with the Ethiopian administration.

EU readies an incentive. Let’s know for whom?

It has been a long time now, since Brussels froze its funding to the government over the war in Tigray. But, what’s more concerning is when and how the European Commission’s Development Agenda will be revived with Ethiopia.

So, to heave a sigh of relief, the EU has something in store. But, the real question is for whom? Ethiopian government? Shamefully, No. the EU has come up with a ‘financial aid’ for the Tigray resistance forces. For its part, the Commission is preparing to approve €81.5million ($84.2 million) next week. As the Commission claims the incentive is aimed to benefit the health and education in conflict-affected areas including Northern Tigray, Afar, and Amhara regions.

Still, the direct budget assistance from the Commission to the Abiy’s government remains on hold. What draws concern for the Ethiopians is how and where will the aid get utilised. Abiy’s administration will now be perplexed with the incentive going into the wrong hands.

Ethiopian forces launched an unprecedented offensive against the invading militant forces last month, and now, the Tigray People’s Liberation Front (TPLF) has stopped fighting and is retreating. Tigrayan resistance forces fighting the central government withdrew from neighbouring regions in northern Ethiopia. But, now having the EU backing their cause they may get more assertive. This could include strategic gradual use of aid in order to throw down the government in Ethiopia to make further progress.

This EU’s move will be directly accountable for war crimes in Ethiopia.

Why does the EU want this to happen?