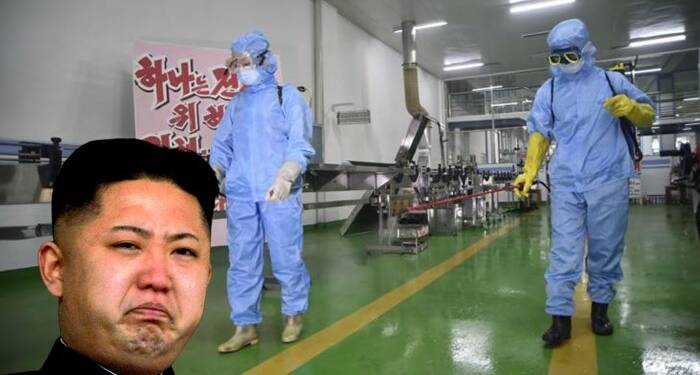 The North Korean dictator is almost obsessed with his neighbours in the South and has a tendency of blaming them for all the mishappenings occurring in his primitive kingdom. South Korea and North Korea have had very tense relations since their division in the aftermath of Japan’s surrender at the end of WW II.

South Korea, on one hand, is a very advanced nation with a stable economy driven by innovation and technology. While its northern neighbour is under the authoritarian rule with the local populace having almost no access to information from outside. Furthermore, North Korea’s supreme leader Kim Jong-un has been at the forefront of the development of his country’s nuclear projects, sometimes even at the expense of crucial infrastructure for the populace.

North Korea’s developed nuclear capabilities have been considered a big danger to world peace and stability. Superpowers like the US have even tried diplomacy to convince the North Korean leader to halt his nuclear ambition in exchange for economic and political support.

North Korea has recently been the subject of a rise in COVID cases. However, the dictator in the North Korea is determined to prove that the infection was a result of people coming in contact with the balloons sent from the south. Kim Jong-un seems to hold his neighbours accountable for the rise of COVID cases in his territory.

North Korea state media report said that North Korea’s epidemic prevention centre had found infection clusters in the town of Ipho near the southeastern border and that some Ipho residents with feverish symptoms travelled to Pyongyang. The centre said an 18-year-old soldier and a 5-year kindergartener had contact with “alien things” in the town in early April and later tested positive for the Omicron variant. However, it is a wondrous matter of how a country with nuclear capabilities could blame balloons for the spread of the virus.

For many years, activists and North Korean defectors have been sending balloons with numerous leaflets from the South Korean border into the north to help educate the locals in the north about the reality of the outside world.

The North Korean leadership has often criticized the Southern government for not stopping them as the leaflets possess a threat to the authoritarian government in the north. In 2014, North Korea fired at propaganda balloons flying toward its territory and South Korea returned fire, though there were no casualties.

There is no scientific evidence to support the spread of COVID through the items in balloons because they require inhaling airborne droplets and it’s more likely to occur in enclosed, poorly ventilated spaces than outdoors. South Korea’s Unification Ministry said there was no chance that South Korean balloons might have spread the virus to North Korea.

Read More: The North Korea-China bonhomie is on the verge of breaking

The sudden surge in the number of cases in North Korea should have been due to the opening of the northern border with China to freight traffic in January and it surged further following a military parade and other events in Pyongyang in April. As history teaches us, it is in the very nature of dictators to shift responsibility for their failures to others. Kim, doubtless, belongs to the same lot.

35 Redemption Quotes to redeem yourself in life