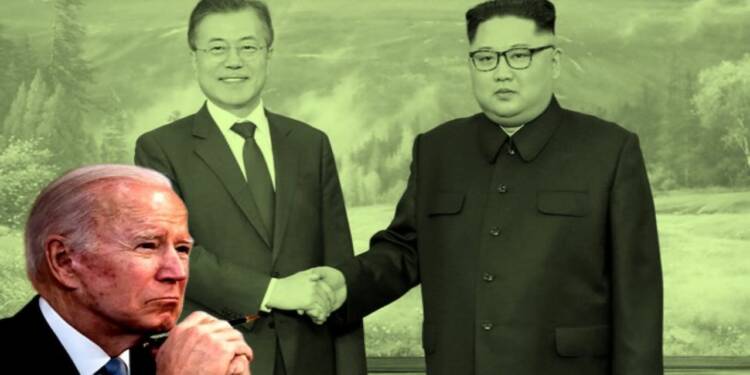 With the world’s attention focused on Ukraine, Kim Jong-un is ramping up his nuclear and missile programs, claiming to have successfully tested a new intercontinental ballistic missile (ICBM). If launched on a normal trajectory, the Hwasong-17 (a.k.a. KN-27) missile may have reached the US East Coast, according to early estimations.

The Russo-Ukraine war demonstrated the utility of Nuclear Weapons

The worldwide nuclear nonproliferation regime has been damaged as a result of the war in Ukraine and the West’s response thus far. Unfortunately, the perceived deterrent value of nuclear weapons has increased as a result of this battle. The US and NATO soldiers were inhibited from fighting in support of Ukraine against Russia precisely because of Russian nuclear weapons.

Because North Koreans perceive nuclear weapons as a defensive way of deterring US military attacks, the Russo-Ukraine war — as well as the advocated joint deterrent drills — should further strengthen Pyongyang’s resolve to keep its nuclear weapons at all costs.

The moment has arrived to reconcile with North Korea

The US has issued the same mundane diplomatic condemnation of North Korea’s recent nuclear tests, along with threats of economic measures. But here’s the thing: sanctions don’t work, and the Biden administration doesn’t seem to realise it. The Russian-Ukraine crisis demonstrated that sanctions do not prevent countries from acting in their own national interests. Putin used a variety of methods to mitigate the impact of Western sanctions. North Korea is no different.

Despite reports of food shortages last year, the North Korean military remains unscathed and has been steadfastly augmenting its nuclear arsenal, testing a submarine-launched ballistic missile, and even resuming operations at the Yongbyon Nuclear Science and Weapons Research Center.

As a result, anyone professing to be working on the North’s denuclearization seriously appears to be a novice. It’s about time the Biden administration tells the North Korean Supreme Leader Kim Jong-un that the United States is prepared to sit at the same table with Pyongyang and is committed to easing economic sanctions in exchange for guarantees like the suspension of long-range missile tests and maintaining neutrality in the Eastern Asian region.

Furthermore, there are probable reasons why Kim might be willing to accept constraints on ICBM activity. Analysts agree that his missile testings have failed to demonstrate the efficacy of ICBM reentry vehicle technologies capable of protecting a warhead. Moreover, the North Korean Premier may salvage his face by claiming that his successful tests brought the US to its knees, forcing it to cease its hostile attitude against his country.

Drift in the Sino-North Korean relationship

Moreover, all is not very well between the two authoritarian countries of the East. In past, North Korea’s official news agency has warned China of grave consequences if it tried to stop the development of the country’s nuclear weapons programme. Pyongyang is also concerned about its growing reliance on Beijing’s assistance. Furthermore, many observers say that the survival of North Korea is no longer a priority for Beijing. In the event of a confrontation or the regime’s demise, Chinese forces would act to a lesser extent than envisaged, not to save Beijing’s ostensible ally, but to safeguard its own interests.

The conditions are thus ripe for the Biden administration to negotiate neutrality in the event of a conflict with China.

Empowering the allies as well

Many argue that the United States’ legitimate recognition of a nuclear-armed North Korea would sour relations with Seoul. It may even prompt South Korea to pursue its own nuclear weapons with greater zeal. Perhaps this is why it is critical for the Biden administration to re-establish trust with one of its most significant Asian partners. Seoul will continue to be protected by US forces in Korea and Japan, Washington should state firmly. This would not only assist the US to keep its ally, but it would also help maintain a power balance between the two Koreas.

Beginning of a new epoch

An enhanced friendship between the two Koreas could aid in improving bilateral relations in areas of mutual importance. South Korea and North Korea may pursue bilateral talks to address economic issues that have arisen as a result of a variety of circumstances. This could result in a more integrated economy as well.

South Korea, for example, is suffering from a serious human resource and labour deficit despite its vast resources. South Korea is an ageing society that needs to devote a large percentage of its resources to elderly care.

Cut to North Korea, where the population has remained blissfully unaware of any actual progress, establishing a vast pool of low-cost labour and an untapped market.

A more engaged relationship might help South Korea tap into its northern counterpart’s labour pool, resulting in a win-win situation for both countries. Furthermore, Seoul can assist Pyongyang in addressing the North Korean food crisis, which has decimated the country and put its people in dire straits. The two countries can collaborate to strengthen the Korean identity while also preserving the region’s own culture.

The best interests of the United States are served by a united Korea. Bringing North Korea into its sphere of influence could be one of the most significant victories in American foreign policy history. Biden has the opportunity to leave a lasting legacy, but considering the awful state of the US across the world under Biden’s administration, it would take a miracle for him to recognise the proposed golden chance.