A North Korea-South Korea merger has a realistic chance now 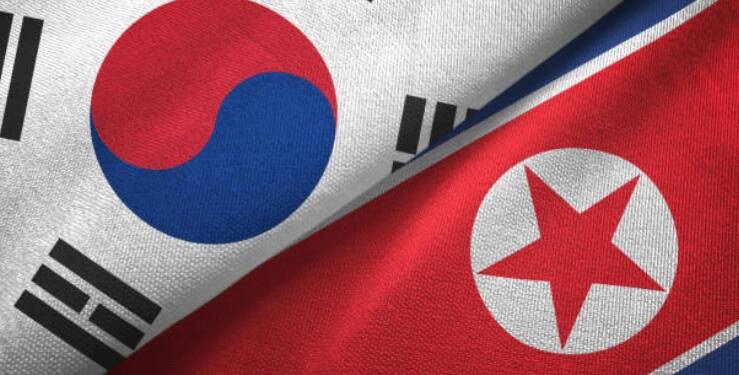 North Korea and South Korea are essentially one country. The North and South Koreans are one people. They share the same culture and a similar language. Both South Korea, as well as its Northern neighbour have realised that the sky is the limit if both the countries give up on their hostilities and carve a future for themselves together. This sentiment seems to have gripped Pyongyang, which is why the Kim Jong Un regime made an unusual and unexpected move on Friday.

According to Radio Free Asia, a Korean version similarly emphasized the name of the party and the word “president.” The brief report did not mention Yoon’s 0.8 percent margin of victory or his opponent, Lee Jae-myung of the ruling Democratic Party.

According to sources from within North Korea quoted by RFA, “Authorities are usually reluctant to publicize information about South Korea’s democratic, free election system. Usually, when a conservative party candidate is elected, the name of the winner is not mentioned, or it is reported late. That is why today’s Rodong Sinmun report…is regarded as unusual.”

An Olive Branch by the North

This seemingly insignificant move can take relations between South and North Korea to a whole new level. North Korea would not have reported news of Yoon Suk Yeol becoming President of South Korea, had Pyongyang not been happy about the rise of Conservatism in Seoul.

You see, South Korean conservatives are focused on two areas – Korean revivalism and economic growth. Both, incidentally, are impossible to achieve unless North and South Korea resolve their disputes.

South Korean conservatives are very protective of their culture. They want to save Korean culture in the North as well, which stands at a risk of being exterminated by Kim’s Communist regime. Furthermore, conservatives want to focus on making South Korea an economic powerhouse to be reckoned with.

However, South Korea faces an intense human resource and labour crunch, despite it having significant capital. South Korea is an ageing society, which needs to allocate a big chunk of its resources for taking care of the older generation. With dropping fertility rates, the possibility of it gaining a labour force to sustain its economy is zero. The number of expected infants per South Korean woman fell to 0.84 in 2020, dropping further from the country’s previous record low of 0.92 in 2019.

While the North Korean population has been oblivious of any real development, it has created a large pool of low costs and an untapped labour force. South Korea, therefore, is looking to tap into the labour resource of its Northern partner.

It seems the unification of North and South Korea is not a mere dream any longer. Both the countries seem to want a merger. While North Korea can provide the workforce, South Korea can help develop the North. Together, these two countries can strengthen the Korean identity, while protecting the region’s unique culture.

The Chinese Communist Party, meanwhile, will be the biggest loser of such a merger, as it will lose North Korea as a client state.