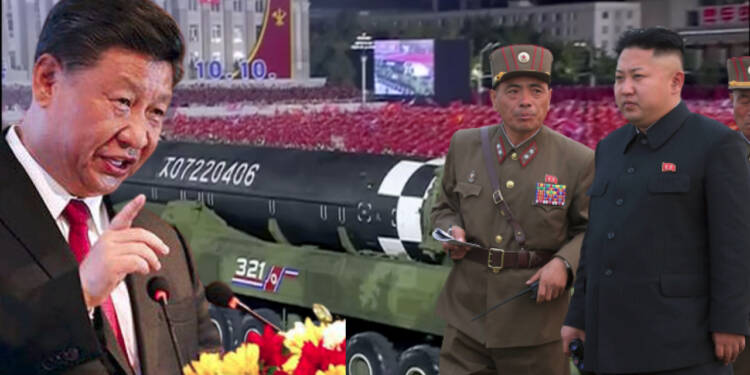 With the world’s attention focused on Ukraine, Kim Jong-un is ramping up his nuclear and missile programs. Earlier this month, North Korea claimed to have launched a new intercontinental ballistic missile (ICBM). South Korea, the United States, and practically every world power have stated that Pyongyang conducted no such test. Nevertheless, for North Korea to have claimed to have done so is significant, as it signals Kim Jong-un’s intent to restart North Korea’s nuclear and ICBM program after a sabbatical of close to five years. Guess what, China is not liking North Korea’s bravado this time round.

In fact, the last time North Korea conducted an ICBM test, which was in 2017, China went all-out against Pyongyang. China’s Foreign Ministry issued a statement immediately, accusing North Korea of carrying out a nuclear test in disregard of international objections. Beijing added that the Chinese government resolutely opposed and strongly condemned the test.

In addition to strong verbal condemnation, China voted for a UNSC resolution calling for tougher sanctions against North Korea. It also restricted exports of refined petroleum products to Pyongyang, apart from reportedly banning imports of North Korean apparel and coal.

China Will Not Tolerate Another ICBM Test

Perhaps the only reason why North Korea this time around merely ‘claimed’ to have tested a new ICBM is the fact that China was not on board with Pyongyang’s plans. North Korea has already faced the harsh consequences of testing a nuclear-capable ICBM in 2017. If it were to do so again, China could take some pretty devastating steps that would end up crippling North Korea.

According to Nikkei Asia, from China’s standpoint, North Korea as a major nuclear power would change the regional situation and the balance of power between the two countries. In fact, the fourth most powerful CCP official in China, Wang Yang has gone to the extent of saying that his country could become the biggest victim of North Korea’s nuclear weapons and ICBMs.

China is scared. North Korea has been growing closer to Russia and has made its intent to decouple from China known. For Pyongyang, China is proving to be an impediment. China does not want North Korea to possess lethal nuclear weapons, especially those that can be mounted on ICBMs.

The problem with countries like North Korea is that they are run by one man. Kim Jong-un might just wake up one day, finding his threshold to tolerate Chinese diktats breached. In such a scenario, what is to stop him from launching a nuclear attack against China? He would have the requisite delivery mechanism at his disposal, even though at the time the ICBM would have been tested, Pyongyang would have been eyeing the United States.

China does not trust North Korea. The best part is, that North Korea knows this. As a matter of fact, Kim Jong-un is not a big fan of China himself. He wants North Korea to grow out of China’s shadow, and to do that, he must go ahead with the planned ICBM tests. China will not like being snubbed openly, and will even take strict action against Pyongyang.

Read more: The world can use the “nuclear formula” to turn North Korea against China

However, Kim seems willing to take it all on the chin if it means North Korea growing the capability to mount nuclear attacks on all its adversaries, including China in the foreseeable future.

Once again, the rift between the two Communist countries is out in the open. While China continues supporting the denuclearisation of the Korean Peninsula, North Korea is relentlessly pushing ahead with its nuclear agenda.