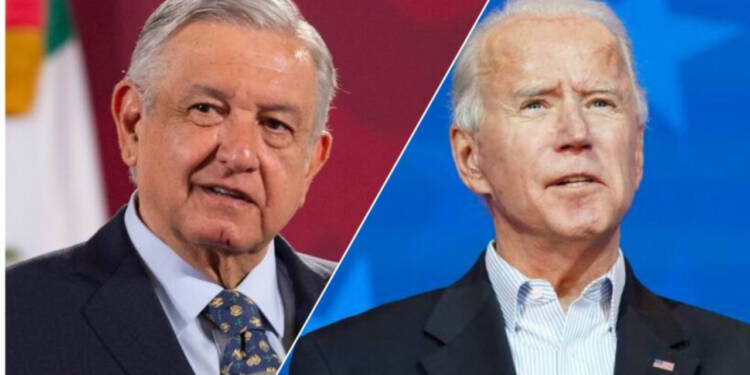 Until a few months ago, Mexican President López Obrador Andrés Manuel, or simply AMLO never had a strong anti-American bias or a desire to have a hostile relationship with his neighbor to the north. But, when Obrador snubbed an invitation to the Summit of the Americas in Los Angeles, the relations started to go south.

Obrador also expressed support for Julian Assange citing that if the whistleblower is imprisoned in the US, the Statue of Liberty in New York should be dismantled and returned to France. This is making US’ more ‘pariah’ within the Latin American regions.

If you think that Obrador is solely insulting Biden Administration for its act with Latin American nations, you’re absolutely wrong. Biden’s own diplomats are backing AMLO and chastising the US for its doings in the last few years.

The newly appointed diplomat by the US in Mexico has gone completely rogue against the Biden administration itself as he is siding up with Mexico and making matters tough for US. US Ambassador to Mexico, Ken Salazar, has taken up the tone of AMLO and called out a few allegations of the US as complete ‘farce’.

Salazar has called for an investigation into suspicions that the Mexican president’s election was rigged in 2006. In 2006, Mexican presidential López Obrador narrowly lost to Felipe Calderón, and reforms to Mexico’s energy sector.

The US claims that those elections were totally fair and Obrador had indeed lost to Calderon. The allegations were settled by Mexico’s judicial system, the European Union, and the American government.

The US ambassador has appeared to defy his own government’s directives in order to support President Andrés Manuel López Obrador. The envoy has challenged the legitimacy of the election and this has reportedly alarmed the White House as multiple U.S. officials describe this as a concerning pattern.

US Ambassador Salazar was appointed by Biden back in 2021 with the sole purpose to mend ties and persuade AMLO over migration, but what here is happening is exactly opposite.

Read More: For the first time Americans are migrating en masse to Mexico

After the sudden shift by Salazar, there is a growing concern within the administration that the ambassador may have actually compromised U.S. interests in the process — and has not leveraged the relationship into policy.

Since the beginning of his tenure, Joe Biden had a tense working relationship with the president of Mexico, who at first refused to accept his electoral victory.

But now recent concerns have risen that US-Mexico ties may become more tense leading to a complete failure of Biden administration on enforcing strict immigration laws.

AMLO was already discerned by Biden administration and now when Biden’s own men are chastising USA, the Mexican President would surely get more emboldened. Furthermore, this would be opening it is simply opening diplomatic doors for China or other Anti-US powers to enter into the Mexican turf.

Finally, Brazil has chosen a side in the ongoing Russia-Ukraine war