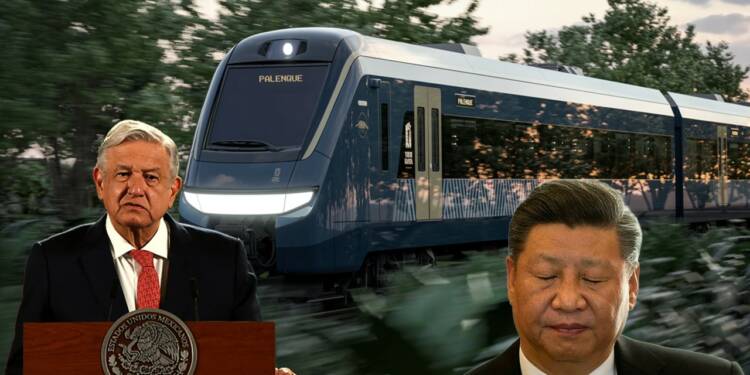 Mexico, the Latin American country has always been an exception when it comes to siding with any ideology or thinking. The nation has never indulged in action against the west or the east. The country believes that neutrality is an important aspect and hence, it has benefitted from both US and China.

There is a very ambitious project in Mexico known as the Tren Maya Rail Project (TMRP), that aims to link the archaeological sites with Mexican beach resorts. The project tops the priority list of the Mexican Government which it wishes to complete as soon as possible.

The project has been backed by a Chinese firm and therefore, it has been on target by Anti-China activists and people. Now, it looks like the pressure has worked and China is getting kicked out of Mexico’s $10 Billion train project.

Reportedly, a Mexican court has delivered a fresh blow to the Maya train project, leading to halting of the project. The judge has ordered suspension of construction work with immediate effect on a stretch of the train line until its environmental impact is determined.

The present legal struggle revolves around Section 5, the railroad that connects the tourist hotspots of Cancun and Tulum.

Although, Mexican President Andrés Manuel López Obrador argues that it will provide an environmentally friendly mode of transport for locals and tourists alike, as well as boost development and employment in the underdeveloped region.

The local cave divers and environmentalists are certainly not happy with a specific section of the project. Therefore, this ruling is being seen as a victory for a group of cave divers who fear that the works will threaten underground caverns.

It has been alleged that there has been corruption in road mapping as this section 5 was adjusted to go through a tropical area rich in ancient underground tunnels and it is being linked to Chinese interference as Chinese company plays a major role in the construction of the project.

Read More: China attempted to sabotage an anti-CCP event in Mexico, gets ripped apart by the Mexican government

The call to halt this project is not a new phenomenon. These calls have been going on for the last 2 years when it was confirmed that the Chinese firm, China Communications Construction Company (CCCC) will be constructing section 5 of the Maya tren Project

In April 2020, amid the Covid-19 pandemic, the Mexican government had confirmed that the Mota-Engil Mexico Consortium had won the tender to build a section of the Mayan Train, and would work with China Communications Construction Company (CCCC) and 3 other companies.

CCCC has been tagged as a fraudulent company and has a chequered record. Back in 2011, the company was blacklisted by the World Bank for fraudulent practices in projects in the Philippines.

Furthermore, the company has been suspected of corruption in a railway project in Malaysia. In Bangladesh, government officials accused one of its subsidiaries, China Harbor Engineering Corporation, of paying commissions illegally.

And Latin America has been known for corruption. In São Luís, Brazil, where CCCC is building a large port, local prosecutors are investigating whether the company irregularly profited from the sale of property titles.

Seeing the CCCC’s past, the Mexican president faced strong opposition from civil organizations and communities in the area. Yet, he claims that Mexico won’t benefit from foreign investment in tourism projects.

The critics of the project have alleged that this is an opaque project, where pertinent public information has not been provided. So, what exactly is CCCC doing, no one knows except for the government.

Read More: Spain and China were sucking Mexico dry off its Lithium wealth. Mexico has hit back

In short, the project has been halted by a Mexican judge because there has been a lack of transparency on it’s impacts. If the project wants to continue President Andrés has only one option, i.e. to bend to the demands of the environmentalists and kick the CCCC out of the Maya Tren Project and check for the irregularities.

And China’s record has never been good when it comes to transparency. So, China is definitely out of the project, just an official confirmation is awaited.

A collection of 37 Silly Quotes to make you laugh