‘Sorry, no funds!’ America’s chip-making ambitions get shattered as its coffers run dry 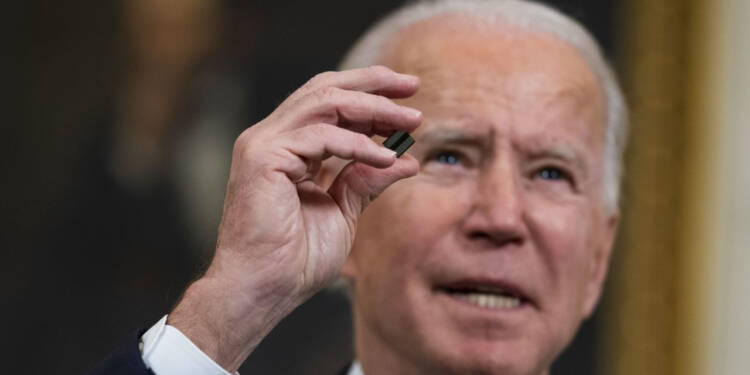 America’s coffers running dry was nothing but a foregone conclusion. The US indulged in heavy disbursement of funds to the war-torn country, Ukraine.

Well, this act of America gave blows to the CHIPS Act, that the Congress passed in January 2021. The CHIPS Act proposed $52 billion in funding for local players to invest in the domestic chip industry. But, even over a year later, Congress is yet to allocate any formal budget to finance the bill.

Initially, the CHIPS Act was aimed at supporting domestic companies and not for the foreign companies investing in the US. But last December the act took a turn when the U.S.-based semiconductor industry organization SEMI urged Congress to open CHIPS funding for all companies investing in the U.S. This is when initial America’s chip-making ambitions proved to be a mere flash in the pan as its coffers were running dry.

In a bid to embolden its chip industry and to be a cut above China’s accelerated development of its own semiconductor capabilities, the US is putting forth efforts to shore up its own. The US wants a shift in global production away from the shores of China, but will it be able to fulfill its dreams? Well, now comes the real problem. Funds!!! This is posing to be the Achilles heel.

Read More: No oil-producing country on the planet ever dares to speak a word against Russia. Here’s why

The foreign investors are now demanding Congress to allocate a budget that it promised to finance the CHIPS Act. However, ‘funds’ are something that is keeping the lid on US ambitions. Foreign industry manufacturers who are interested in investing in America’s Chip making industry are now conditioning the U.S. on government funding.

The world’s third-largest maker of semiconductor wafers, Taiwan’s GlobalWafers, announced plans to build a $5 billion factory in the U.S. on Monday- but only on certain grounds i.e. the U.S government helps pay for it.

“It has to be done before [Congress goes] to August recess. I don’t know how to say it any more plainly. [The GlobalWafers] deal…will go away, I think, if Congress doesn’t act,” US Commerce Secretary Gina Raimondo told CNBC.

However, Taiwan’s GlobalWafers is not the only chip industry manufacturer that is urging the US to keep up its end of the bargain. But, the US left with no funds is a gong show as it was busy rendering a free lunch to the war-torn country. Joe Biden does not have a budget to allocate for its CHIPS Act but simultaneously wants to continue fueling the war in Ukraine. Perhaps, Mr. Biden got late in realising that the money he was disinvesting was in US interests.

US fueling the war in Ukraine

No matter how much the Western media thumps their chest that the US is helping Ukraine, it’s actually not. The aid is not for the protection of Ukrainians in lieu, to fuel the war.

Most of this aid is for militarization. The new legislation will provide $20 billion in military assistance, ensuring a steady stream of advanced weapons that have been used to blunt Russia’s advances. Just $8 billion is for general economic support, $5 billion to address global food shortages that could result from the collapse of Ukrainian agriculture, and $1 billion is to help refugees.

This shows the blatant hypocrisy of the Biden administration. Instead of fixing its own economy and helping people, Joe Biden wants to continue fueling the war with Russia despite watching the results.

This reveals the double standards which the United States is playing up. On one hand, the US is blindly funding the global conflicts whereas its own coffers are running dry. This is leading the foreign semiconductor firms to raise questions about the United States for adequate funding.