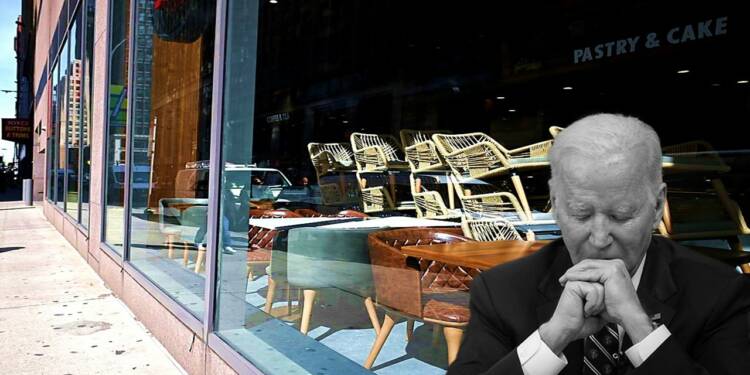 The news of $40 billion in aid to Ukraine has been in mainstream media of the US for quite some time. The legislation was passed last week through bipartisan support and the aid was approved. The White House said that the funding is intended to support Ukraine.

The amount is quite big and possibly enough to help a war-torn nation. But hey Mr. Biden, isn’t this money of US’s interest that has been diverted to the USA?

It is an amount that was to be given to US residents who have seen the wrath of the pandemic and economic slowdown. Joe Biden does not want to help the USA but wants to continue fueling the war in Ukraine.

How the Democrat-dominated Senate has manipulated the aid of $ 40 billion should be known to everyone in the world.

Senate Blocked $ 48 Billion for the USA

Before the aid for Ukraine was approved, the Senate blocked a bipartisan bill that was bound to provide a $48 billion relief package to restaurants, gyms and other small businesses hit particularly hard by the pandemic.

The aid was introduced after lawmakers had argued that the additional funds are needed to prevent scores of the debt-ridden small businesses from closing down. The bill would have provided a $40 billion relief fund for struggling restaurants. Whereas, the rest of the $ 8 billion was supposed to be dispatched amongst other businesses.

The pandemic had hit the small restaurants really hard. Most restaurants are filing for bankruptcy in the USA and those who are still running have uncertain futures. An estimated 90k restaurants have shut down in the USA, leading to 5.9 M becoming jobless. And if this is the condition of restaurants, imagine the conditions of other businesses like Gym, Spa, etc.

To fix this, The White House had provided $28.6 billion to the fund in their COVID-19 relief package, but the federal dollars quickly ran out, with only one out of every three applicants receiving aid.  So basically, the turmoil is still in motion.

The aid is for Fueling the war more

Western media may thump their chest that the US is helping Ukraine, but it’s actually not. The aid is not for the protection of Ukrainians but for fuelling the war even further.

Most of this aid is for militarization. The new legislation will provide $20 billion in military assistance, ensuring a steady stream of advanced weapons that have been used to blunt Russia’s advances. Just $8 billion is for general economic support, $5 billion to address global food shortages that could result from the collapse of Ukrainian agriculture, and $1 billion is to help refugees.

This shows the blatant hypocrisy of the Biden administration. Instead of fixing its own economy and helping people, Joe Biden wants to continue fueling the war with Russia despite watching the results.

The US is not calling for peace negotiations or a ceasefire. Instead, they are providing weapons to Ukraine to further the war, and this is not even a new aid, this is a diverted aid.