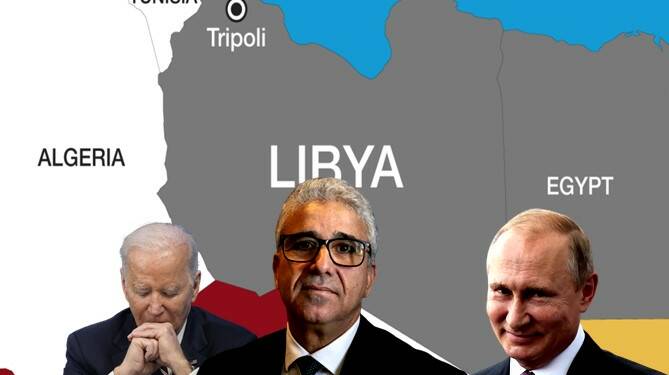 The 2011 NATO orchestrated ploy to wrest control over Libya descended into chaos. The North African country never seemed to recover from the upheavals of the past impinged on them by the Obama administration. The common narrative, back in the day, was that America was trying to untangle Libya from the bloody mess that Muammar Gaddafi created. But that was just the US placing a minnow as bait to shift the focus of the world from the real gold they were yearning from Libya.

New plans from US

The international military intervention by the US in 2011 was largely to dominate the vast reserves of oil wealth that Libya had access to. Libya was once a wealthy nation with proven oil reserves estimated to be more than 48 billion barrels, but the decade-long conflict has diminished its production capacity.

Today, Libyan politics is divided into fragments with political power split between two rival governments in Tripoli and Tobruk. The US recognizes the government of the National Accord, while Russia puts its support behind the Khalifa Haftar-led Libyan National army. Knowing that the biggest prize that Libya possesses is oil, the Khalifa Haftar has placed an oil blockade with the help of local protesters in a threatening attempt to make Tripoli-based Prime Minister Abdulhamid al-Dbeibah quit in favour of Fathi Bashagha, who was appointed to replace him by the eastern-based parliament.

With tension brewing at a swift pace and the energy crisis spiralling with a stubborn Russia not seeking any kind of peace talks to proceed with, it falls on the US to open a new book to alleviate the tensions caused by the rising prices in the oil market. So, Washington set their eyes fixed on Libya.

In a tweet on 28th June, the US embassy has, for the first time, unveiled what it called “efforts” to “establish a Libyan-led mechanism to provide transparency regarding how oil revenues are spent”. The aim, then, was to make sure that oil revenues are equally distributed among Libyans through a unified mechanism to avoid any suspension of oil production and exports of the country’s lifeline, ultimately de-weaponising oil in the conflict.

But there is a stumbling block

The US ambassador to Libya Richard Norland’s proposal has raised some eyebrows as many doubt it for a renewed version of the erstwhile failed policy of “oil for food program” imposed on Iraq in 1995 to deny Iraq the freedom of managing and utilising its oil revenues.

Make no mistake, Norland’s idea dubbed as ‘Mustafeed’ is a confounded one, with little to no clarity. Critics and analysts in Libya cojoined to raise concern over US meddling in Libyan affairs, which may soon end up being an infringement of Libyan independence.

Read more: Times group tried to drive a wedge between Russia and Libya. Got exposed instantly

While this is a noble cause that would limit the financial attrition of the country, it is also a clear attempt to deny the Libyan State its sovereign decision-making over its resources by simply handing it over to foreign powers that are, essentially, the main cause of the country’s ills since 2011.

But everything won’t be a cakewalk for Washington since there exists a stumbling block in the form of Russia. Khalifa Haftar is under the tutelage of Vladimir Putin. The representatives of LNA still haven’t given a proper explanation for the blockade of vast areas of oil fields in Eastern Libya. But it is an openly kept secret that all of Haftar’s doings are just what Moscow needs, in order to plant Bashaga as the new prime minister of Libya. Russia, thus,  would never give away the prospect to be the favorites when it comes to controlling the oil in Libya. Haftar just plays a second fiddle to Putin and it won’t be long for the dispute in Libya to take new shapes with the current US plan of ‘Mustafeed’.