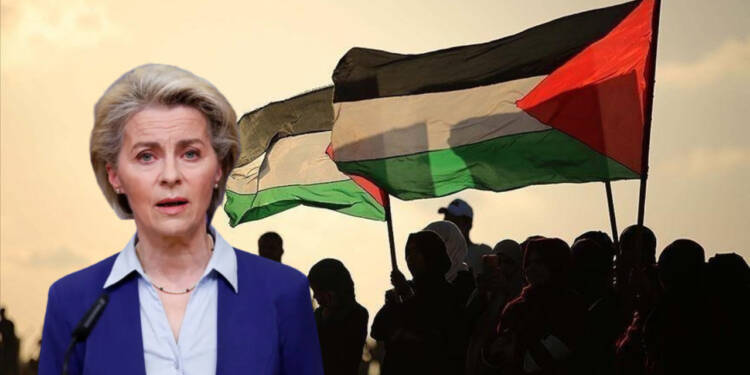 Israel posited itself on a neutral line when it came to the Ukraine war. Initially, it showed reluctance in providing military assistance to a militarily naive Ukraine. But taking a quick turn, Tel Aviv attuned to the EU side of politics sending defensive armaments in dozens to Ukraine at Europe’s orders. Everyone knows that whatever transpires around the world is of little concern to Israel unless it is Iran or Palestine that is under the spotlight. So, Israel doing something of a different approach, that is siding up with EU should be viewed as an attempt to establish a rapport that could be beneficial when it comes to countering Iran and Palestine.

So, minding its late EU tilt, Tel Aviv beseeched the European bloc to stop working with six Palestinian civil society groups that the Jewish state considered terrorists. The groups include Palestinian human rights organisations Addameer and Al-Haq, which document alleged rights violations by both Israel and the Western-backed Palestinian Authority in the Israeli-occupied West Bank. But what waited for Israel was not optimism rather the political elites of Tel Aviv were left puzzled by EU’s response to Israel’s claims.

“Should evidence be made available to the contrary, we would act accordingly,” they said. “In the absence of such evidence, we will continue our cooperation and strong support for the civil society in the OPT (occupied Palestinian territories).” The EU countries said in a joint statement.

Back in May 2021, at the instance of Israel’s demands, EU without any second thought distanced away from funding these same NGOs. But the fine joys for Israel were limited since it didn’t take for EU to change its stance just five months after in October 2021. And now, EU is fussy with something stopping them from accepting the genuine demands raised by Israel.

“The voice of reason and logic has prevailed after a long delay. We are glad to see the Commission retracting its harmful decisions and moving back in the right direction of supporting civil society and human rights,” Al-Haq’s Director Shawan Jabarin said.

“We consider the lifting of the suspension a victory for Al-Haq and Palestinian civil society at large, in our ongoing efforts of defending international law and human rights and holding the perpetrators of grave violations accountable.”

Read more: A pro-Israel and anti-Palestine wave erupts in Kuwait

EU not abiding with Israel’s demands has all Iran written over it. In recent times, the European Union trudged a path of appeasement with Tehran and mostly evaded commenting on issues that concerned Iran or muzzled out by just giving statements tinged in diplomatic geniality.

Europe is at present in a mishmash after all math going wrong after Russia cut down the share of gas transfer to Europe by making a partial blockade on the Nord Stream-1 pipeline. With a winter of death awaiting Europe, the union needs to be mindful of every move they make. Knocking doors at North African and Middle East doors proved to be little help for EU, and the only reliant partner at the moment that they can lean on is Iran.

EU foreign policy chief Josep Borrell even said he will do “everything possible” to bring Iran nuclear talks back on track and ensure full compliance with the treaty. So, EU negating the Israel interest is news, but not that big enough to give a long runtime. With a skewed view of things, EU is letting away a valuable partner in Israel, and let time tell how things will bode out for the superior bloc of Europe.