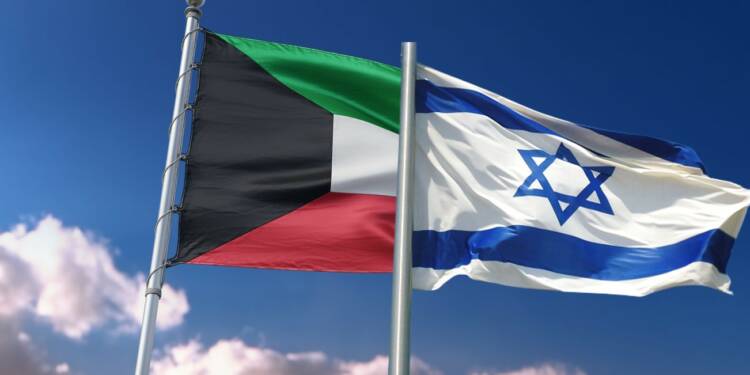 Kuwait and Israel don’t have any diplomatic relations. Kuwait does not even recognize Israel as a state. Kuwait does not allow anyone with an Israeli passport or a travel record to Israel, to enter the country. It also boycotts Israeli products and services and restricts itself from attending any event in which Israel is the sponsor or participant.

According to Kuwaiti laws, it is illegal for companies and individuals to deal with any organization or person living in or having a connection to Israel. No one can have any financial, commercial, cultural, or personal ties with Israel, Israeli business or citizens. Kuwaitis are also banned from importing, exchanging, or possessing any Israeli goods or products, received directly or indirectly. It’s also illegal to have anything that constitutes of any Israeli material.

Also Read: Palestine’s funds are drying out fast and its UNRWA is at the verge of collapse

Recently, Ahmed al-Jarallah, editor-in-chief of the Arab Times, wrote an article calling for the Gulf States to normalize their relations with Israel and questioning the support to Palestinians despite them repeatedly insulting the Gulf States. He wrote, “When (the Palestinians) are happy, they curse the Gulf leaders and people. When they are angry, they use all of the defamatory and abusive words in their dictionary against us. We, the Gulf nationals, overlook all that by sending them aid”.

In the article titled “Normalize, let insulters fend for themselves”, al-Jarallah wrote that, it was Palestine that supported Saddam Hussein, Jamal Abdul Nasser, former Libyan leader Muammar al-Gaddafi and IRGC Quds Force commander Qasem Soleimani. He said that this is just the tip of the iceberg.

Explaining his point, al-Jarallah said, “This really makes everyone wonder – Did a few thousand dollars and a handful of Iranian missiles ignite such rage in them against us? How cheap are they? The Israelis, who are the occupiers, did not receive the insults and curses that the people of the Gulf and their states have received from the Palestinians”. He further questioned, “How long will our people and their countries continue to be insulted by those who sell themselves to the highest bidder? Is Palestine still our cause for which we bear all this harm caused by the Palestinians? What benefit the Gulf Cooperation Council (GCC) states are gaining?”

In his article, al-Jarallah called for the Gulf States to stop meddling in the Israel – Palestine conflict. He said that the Gulf States should stop supporting Palestinians and shouldn’t mediate when Palestine launches missiles on Israel. He said, “In this case, let them rebuild what they destroy by their own acts”.

He further wrote, “Enough is enough! The camel’s back has been broken from the burden of grief we endure due to the ingratitude of the Palestinians. All the Gulf States should normalize relations with Israel due to the fact that peace with this most advanced country is the right thing to do. Let the foolish fend for themselves”.

Read More: UAE and Israel alliance was cruising along nicely till it hit the Iran speed breaker