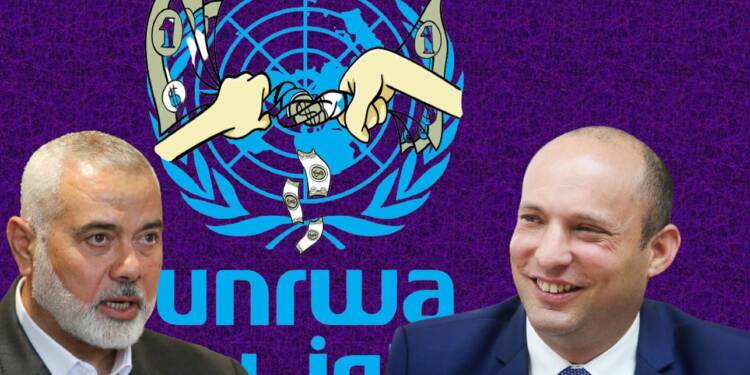 The UN Relief and Works Agency  (UNRWA) is on the verge of a collapse, and that would be the biggest accomplishment of the Abraham Accords so far, should that happen.

The UNRWA’s commissioner, General Philippe Lazzarini, recently told a donor conference in Brussels that the agency is in dire need of funding to avoid a financial crisis never seen before. He warned the lack of funding could spell doom for 5.7 million Palestinian refugees that the agency serves.

“Today I have to raise the alarm, because if we do not have a real solution now and for the future, the institution is on the edge of a collapse,” Lazzarini told reporters after the meeting. UNRWA has already struggled to pay its bills, including salaries, he said.

Lazzarini also appeared to be blaming “vicious political attacks” by the UNRWA’s biggest opponents for its empty pockets, by stating that “these financial threats are closely connected to the vicious and increasingly frequent political attacks that UNRWA is facing.” He must be fretting about the anti-UNRWA agenda that Israel, some NGOs and a majority of Republicans pursue to bring the agency’s evil deeds to the surface.

One of the major factors behind the UNRWA’s financial miseries is the Abraham Accords that brought Arabs and Israel closer. The normalization of ties between Israel, the UAE and other Arab states resulted in making UNRWA a pariah for the Arab world.

Under former US President Donald Trump’s administration, the US halted its gigantic monetary support to the agency that marked the beginning of its financial miseries. Until 2017, the first year of Trump’s presidency, the US had been the single largest donor to UNRWA, providing approximately $360 million in annual funding.

Although, the US under the Biden administration has renewed its funding to the UNRWA ($318 million so far), that’s also proving a drop in a bucket, given the Arab countries’ reluctance in funding the agency services.

Saudi Arabia, which last year gave $28 million, didn’t even make it onto the list of countries that donated $8 million or more. The UAE, which had been donating above $50 million to the agency before the signing of the Abraham Accords, donated just $1 million.

European countries are also increasingly seeing it futile to donate to the agency. Germany, for instance, reduced its donation by $100 million, the EU by $30 million and the United Kingdom by $25 million.

Why UNRWA’s collapse would be good news for the world?

The UNRWA is an agency full of Israel haters and terrorist sympathizers. It helps Hamas remain afloat and channels its funds towards militant training activities.

The UNRWA has a minuscule interest in eradicating the refugee crisis; instead, that’s the only reason for its existence. According to Yoni Fighel, a former Israeli military governor in the Palestinian territories, UNRWA workers are permitted to openly affiliate with terrorist groups.

He notes that “as long as UNRWA employees are members of Fatah, Hamas, or PFLP [Popular Front for the Liberation of Palestine], they are going to pursue the interests of their party within the framework of their job…Who’s going to check up on them to see that they don’t? UNRWA? They are UNRWA.”

As revealed in a UN watch report, UNRWA staff stationed in Gaza, the West Bank, Lebanon, Syria and Jordan have publicly incited antisemitism and terrorism. For instance, Husni Masri, a UNRWA teacher in the West Bank, recently posted antisemitic conspiracy theories according to which, Jews control the world, created the coronavirus and seek to destroy Islam.

The Palestinian Authority, which governs the scattered West Bank territories, recently came out to openly support a two-state solution to the Israel-Palestinian conflict. For the PA President Mahmoud Abbas to vouch for a two-state solution is indeed significant, and it comes in the backdrop of a larger consensus being formed between Israel and the PA that they both need each other to decimate Hamas – which is in control of the Gaza Strip.

UNRWA’s collapse would be the first step towards Gaza’s liberation from the clutches of Hamas. Abraham Accords and ensuing peace between the Arabs and Israel has played a key role in ostracizing Hamas and UNRWA on the world stage. With funds drying up at a blistering pace and enormous political pressure piling up from three fronts, it won’t be long before Hamas witnesses its fortunes sinking and existence endangered.