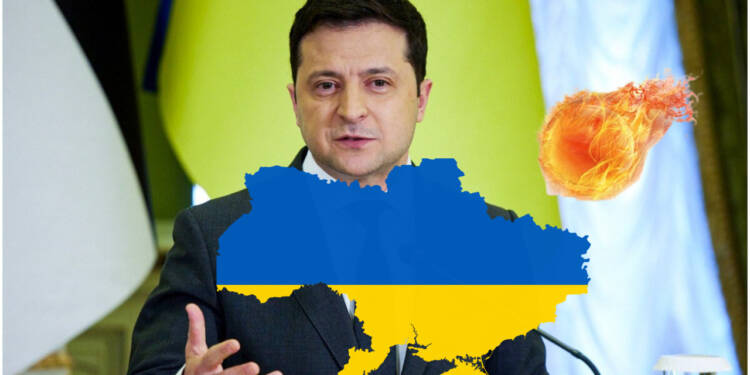 Ukraine’s defence minister recently said that Kyiv is gearing up to reclaim the lost territories from Russia. He boasted of the ‘reclaim plan’ and said, “We have approximately 700,000 in the armed forces and when you add the national guard, police, border guard, we are around a million strong.”

But behind Kyiv’s plan to recapture the occupied parts is a wily plan which will dash Ukraine’s cities into pieces. A move that’ll benefit just Zelensky and his regime and not the common people of Ukraine.

In May, Ukraine’s Intelligence chief General Budanov said, “The breaking point will be in the second part of August. Most of the active combat actions will have finished by the end of this year. As a result, we will renew Ukrainian power in all our territories that we have lost including Donbas and the Crimea.”

Ukraine has continuously reiterated that it will reclaim the lost territories either through military operations or negotiations.

Then, in the mid of June, Ukraine’s chief negotiator David Arakhamiya said that Ukraine would go for peace talks only after conducting counterattacks. Ukraine’s plan to win some of its lost territories in counter-attack to have leverage in the peace talks seem like a legitimate plan. Seems like they have implemented their ‘reclaim plan’.

President Volodymyr Zelenskyy has instructed his military to “retake seized coastal areas which are essential to the country’s economy,” according to Ukrainian Defence Minister Oleksii Reznikov, who spoke to the Times.

Reznikov said that through this war, a demand for sovereignty will rise in Russian territory and Russia will “break in different countries — Tatarstan, Bashkortostan, etc.” Such far-fetched statements by Ukraine’s ministers are dime a dozen and are just meant to make the West and their supporters happy. Such statements often come with a call asking for more weapons from the West.

Reznikov further criticized the West’s slow deliveries of weapons for losing soldiers. “We need more, quickly, to save the lives of our soldiers. Each day we’re waiting for howitzers, we can lose a hundred soldiers.”

Read More: ‘Tit for tat,’ Now an infuriated Russia imposes a blockade on the Baltics after the Kaliningrad row

Zelensky and the Ukrainian government have continuously looked to the West for more aid. In the beginning of May, at the CEO Council Summit in London, Zelensky cited a figure of $600 billion for rebuilding Ukraine. What is to be noted is that any aid which comes to Ukraine will fall directly in the hands of Zelensky’s government. And, Ukraine and corruption go hand in hand. Ukraine was the second-most corrupt country in Europe in the 2021 Corruption Perceptions Index. Even EU’s chief highlighted the corruption in Ukraine, “created an impressive anti-corruption machine,” but added that now, “These institutions need teeth.”

Now, Ukraine has asked citizens to leave the southern regions of the country which are under the control of the Russian army. Deputy Prime Minister Irina Vereshchuk said, “It is clear that there will be active hostilities, including shelling, so we urge our citizens to urgently evacuate.”

Recently, it was even criticized by United Nations for how it used nursing home patients as a human shield, the same patients in the name of whom, the Ukrainian government claims to be fighting.

One thing is clear, Ukraine has no regard for life and its ‘reclaim plan’ is nothing but a ploy to deliberately destroy Ukraine. And, once it is destroyed, Zelensky and his ilk will go to organisations and seek ‘humanitarian aid.’ That humanitarian aid will just go on to fill Zelensky’s coffers.

European Union had already recognized Ukraine’s tactics, and thereby it was reluctant to send aid of 1.5 billion because of the concerns over its financial reliability. Other organizations or groups of countries must also see through Ukraine’s cunning tactics and must stop wasting their money as aid to Ukraine because it’d have no accountability at all.