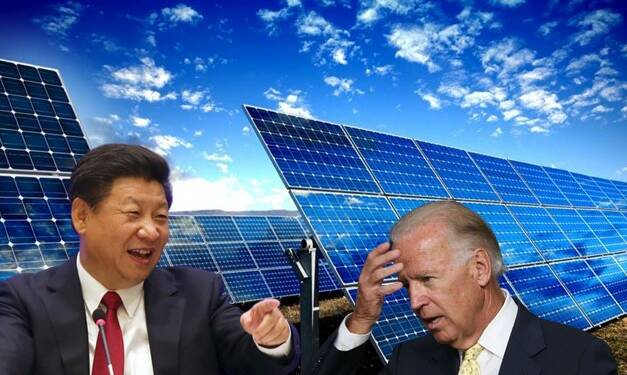 In a war, there is always a winner and a loser. For many years, China and USA have been staunch opposers of each other when it comes to trade. In 2018, former US President Donald Trump understood that China is gaining tremendous leverage in global trade and it needs to stop.

The Trump administration increased import tariffs from China. Additionally, it increased the tariffs on a specific group of imports, primarily metals and machinery. China replied by levying taxes on American imports. The duties on imports from the rest of the globe were also cut at the same time.

But with a China-dove like Biden in charge, it appears that Beijing would eclipse Washington both militarily and economically. Make no mistake, the solar industry has already begun to feel the repercussions.

The US declines in Solar Hegemony

The United States was at its best during those days when it was leading the world in solar manufacturing and invention. In the 1950s, it developed photovoltaic technology to power satellites and spacecraft.  America was able to maintain absolute dominance in the solar industry for decades.

But, with the rise of China in the late 90s, global dominance started to fall apart. Post-2004, everything started to change in the USA. The reduction in the domestic solar manufacturing industry left the United States and its carbon-reduction goals to rely completely upon China.

Furthermore, this also generated a fear that China could block or threaten to block the US’ solar exports as a form of retaliation in the future.

In the upcoming years, that might even increase to 95% for some solar components. The US had lost the battle completely and there’s a weird twist in the tale. You see, Joe Biden, the current US President, has remained completely silent on the matter.

Sleepy Joe reiterates his understanding that the United States cannot continue to rely on an untrustworthy third party and economic opponent for the sake of his country’s energy security. Nevertheless, his actions are the exact opposite.

A few days ago, President Biden has urged action to boost the production of solar photovoltaic modules and components in the United States. His whole speech was centred on Chinese market-distorting subsidies. But, call it gutless or what, China was never specifically mentioned in the White House statement.

Not only this, but the Biden administration also gave China the upper hand by announcing a temporary exemption for solar cells and modules from Cambodia, Malaysia, Thailand, and Vietnam from the implementation of any new tariffs for up to two years.

For the sake of economic ties, these so-called US allies in South Asia, like Cambodia, have been permitting the production of solar cells and modules and letting them flow to the USA.

But here’s the catch—China is continuously expanding its footprint in the market by collaborating with American allies. By routing components through affiliates in four nearby nations — Malaysia, Thailand, Cambodia, and Vietnam — where panels are built for export to the U.S., Chinese producers are getting around long-standing U.S. duty laws on solar imports from China.

And guess what? The Commerce Department is still stuck on investigating whether Chinese solar manufacturers are circumventing U.S. trade laws through third-party countries.

The United States’ solar industry previously received little support, which prevented them from competing with China’s market-controlling state-directed policy. To maintain its dominance, the US must take the necessary actions. This does not imply that American companies cannot import solar from China. But everything?  Xi is smart enough to not take such a step. Hope somebody knocks some sense into the 79-year-old President as well.

The Italian economy is on ventilator support now, even Draghi can’t save it now