Chinese homebuyers finally read the writing on the wall: China is doomed 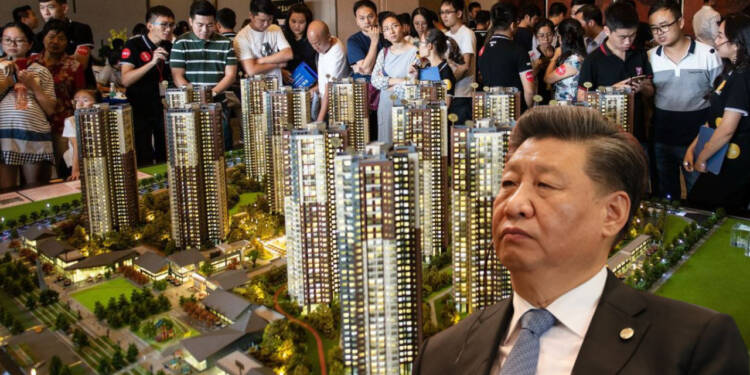 China’s fall is inevitable and all the signs are pointing towards it. China has had a good run these past few years. The communist nation emerged as the second biggest economy in the world after beating Japan more than a decade ago owing to its fastly growing manufacturing power coupled with the availability of cheap skilled labour.

However, the demographics for China have changed and the world is looking towards its impending fall. The Chinese political system has always held the major means of production and management and has never allowed its masses to mingle with capitalism. As a result, a majority of the Chinese population is now inexperienced to drive economic growth.

Chinese banks scam their own customers

A banking institution should be a symbol of trust. The whole banking and financial industry depend upon the faith of the people and government control. However, some Chinese banking institutions recently barred its own citizens from withdrawing their hard-earned money under the mask of halting the circulation of illegal money and to keep an eye on the country’s illegal investors.

When customers of four small-town banks in Henan Province tried to make their usual withdrawals on April 18, they discovered that their accounts had been frozen. On April 18 and 19, the Chinese banks published notices regarding system updates and maintenance, as well as the cessation of internet banking and mobile banking services.

The cessation of withdrawals angered the depositors which led to widespread protests. The protestors were ironically crushed and removed by force for demanding their own hard-earned money. “It’s my personal savings account, but now I have become an illegal investor, and I can’t access my account”, a cheated customer of the bank said.

Homebuyers are all set to cost Xi his seat

The Chinese economy’s heavy dependence on the real estate market could soon become the reason for Chinese President Xi Jinping’s ousting. Chinese homebuyers have reportedly threatened to halt mortgage payments on unfinished apartments. The materialization of the threat can possibly choke the Chinese economy.

Chinese authorities recently pledged to assist city councils in accomplishing real estate projects on schedule. Investors are anxious about the housing market, which accounts for  1/4 of the economy, as a result of the threats made by homebuyers. Analysts warn that this would jeopardize an emerging recovery in China’s cash-starved housing industry and pressure banks to take huge losses.

“A primary concern is if this snub spreads too quickly and more home buyers follow suit only because their projects are going slowly, or simply out of a pessimistic outlook for the property sector,” said Shujin Chen, equity analyst at Jefferies.

Hundreds of billions of dollars are tied as mortgage loans in unfinished Chinese real estate projects. The huge amount of capital involved has the capability to disparage the financial institutions in China and affect the invested parties. Chinese authorities held emergency meetings with banks, Bloomberg reported on Thursday, citing people familiar with the matter.

Several local governments also had met with homebuyers this week, analysts and local media said, without providing details. Xi Jinping has pushed the Chinese population on the frontlines of banking scams and diminished real estate developments coupled with a crippling economy headed for recession. The population’s confidence in Xi’s policies is at its lowest and this could be an indication towards his ultimate fall.