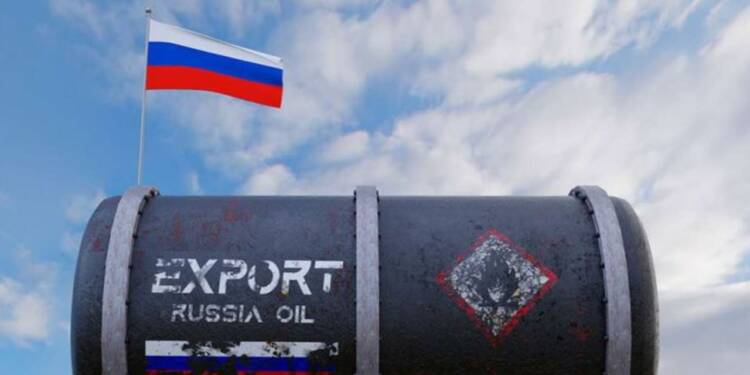 Russia’s decades-old dream of having an oil benchmark of its own is finally coming true. According to Bloomberg, key Russian ministries, domestic oil producers and the central bank plan to launch oil trading on a national platform in October. The aim is to achieve sufficient trading volumes to establish a pricing benchmark between March and July of 2023. The new benchmark will not only help the Kremlin evade sanctions on its energy trade but also kill the West’s plan to impose a price cap on Russian oil.

The global oil commodity market is currently dominated by WTI crude and Brent crude. The Russian Ural oil brand is sold outside the exchanges, mainly through direct long-term delivery contracts. Now, there is always a lack of transparency in the process of setting the price of the commodity. Only the counterparts of these off-exchange transactions know the price of the traded oil, and this price-setting process is heavily influenced by the pricing of WTI crude and Brent crude. All in all, Russia has little control over the Ural oil trading market. This will change once Russia’s own benchmark goes online.

There are ample reasons to believe that the Russian benchmark will eventually dominate its WTI and Brent counterparts. As of today, Russia’s grip over the world oil market is much stronger and tighter than what it used to be years ago. Russia has tactfully gained ground in emerging markets of Asia, mainly China and India, by banking upon its heavy discount regime. China’s imports of Russian oil and fuel rose by nearly a quarter of a million bpd in May, topping 2 million bpd for the first time, with India taking Germany’s place as the number two destination for Russian shipments in recent months.

This rising clout of the Russian Ural oil brand will make it easier for Russia to market its upcoming oil benchmark. The other arrow in the Russian quiver is its ability to neuter competitors through its discount regime. According to data provided by Platts, a barrel of Urals has been traded with no more than a $4 discount off Brent’s price over the period from 2010 to 2016. For emerging markets across the world, the Russian benchmark will soon become a preferred oil commodity market, thus dimming the future prospects of other oil benchmarks.

Also Read: The United Shame of America: US sneakily ramps up import of Russian oil after sanctioning it

The new benchmark will also make the Russian energy more sanctions-proof. For instance, the G7 nations have already announced plans to squeeze Russian oil revenues by imposing price capping on Russian oil. According to Business Insider, despite offering a steep discount to its allies, Russia has pulled in nearly $100 billion in revenue from its fuel exports in its first 100 days of invading Ukraine and pulled in $24 billion from Chinese and Indian buyers alone in the first three months of the war.

For Europe, this is a threatening trend. So, in Germany last month, the G7 leaders announced, “We will consider a range of approaches, including options for a possible comprehensive prohibition of all services, which enable transportation of Russian seaborne crude oil and petroleum products globally, unless the oil is purchased at or below a price to be agreed in consultation with international partners.”

U.S. Treasury Secretary Janet Yellen has already embarked on a tour of Asia with stops in Japan, South Korea, and Indonesia this week to seek support for the U.S. idea of capping Russian export crude oil prices. However, the West’s plans are highly unlikely to succeed since major powers like India and China have shown little confidence in the price-capping idea.

Russia’s oil revenues are climbing, its oil market is running hot, and the Kremlin thinks it’s the best time to destroy the hegemony of Crude brent and take back control of the Russian oil market. By announcing the launch of its oil trading platform in October, Russia has already fired the first shot.