The United Shame of America: US sneakily ramps up import of Russian oil after sanctioning it 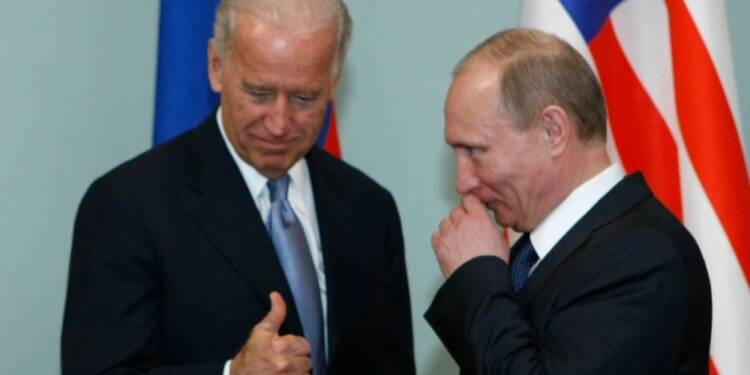 The United States of America is leading the international campaign to isolate and punish Russia for its war in Ukraine, right? That’s what you think is happening. That’s what you’re being told is happening. But is it really happening? I’m afraid not. You see, Joe Biden is a duplicitous hypocrite. What that means is that he says something, and does something polarly opposite. For example, Americans are paying excessive cash for every gallon of gasoline, right? They’re doing so because Joe Biden has played a dirty game with the U.S.’ energy security.

According to a report by the US Energy Information Administration (EIA), the volume of Russian oil imports by the United States has increased by 43% from March 19 to 25 compared to the previous week. Data showed that the U.S. imported up to 100,000 barrels of Russian crude per day during the same period.

That's what Biden told everyone – that he won't buy Russian oil and fuel Putin's war.

According to data, volume of Russian oil imports by the United States increased by 43% from March 19 to 25, compared to the previous week.

On March 8, Joe Biden had signed an executive order, banning energy imports from Russia and new investment in the Russian energy sector. Soon after, Russia saw its fortunes rising as America began importing an unprecedented volume of oil from Moscow. All of this, while Joe Biden and his loonies claimed that American money will not be used for financing Putin’s war in Ukraine. However, that is precisely what has been happening all this while!

Last Thursday, during a visit to India, U.S. Deputy National Security Adviser for International Economics, Daleep Singh told New Delhi that Washington does not want to see a “rapid acceleration” in India’s oil purchases from Russia. This was during the same time when the United States was importing 100,000 barrels of crude oil from Russia every day!

This is what the Biden administration has been doing for quite some time now. It has been lecturing and dictating governments around the world on how they need to boycott Russia while filling Moscow’s treasures itself.

The world, especially countries like India are least interested in receiving lessons in morality and righteousness from the likes of Joe Biden.

Read more: UK gets punished by India for punching above its weight in the Russia-Ukraine war

Interestingly, not one prominent American media organisation is reporting about the ongoing steep hike in imports of Russian oil by the United States. It is almost as if the media has been gagged and is being disallowed from reporting the truth of Biden’s economic campaign against Russia.

It took a brave media organisation from Zimbabwe, called ‘The Zimbabwe Mail’ to expose the Biden administration’s brazen hypocrisy. Days are passing by, and nobody seems willing to ask the questions that matter the most. Why is Joe Biden financing Putin’s war in Ukraine? Why is he lying to the people of America? Why is he pretending to stand up to Russia?

The truth can be concealed, but it cannot be hidden forever. Remember that.