Saudi Arabia has a clear message for Biden: Act tough on Houthis or deal alone with oil shortages 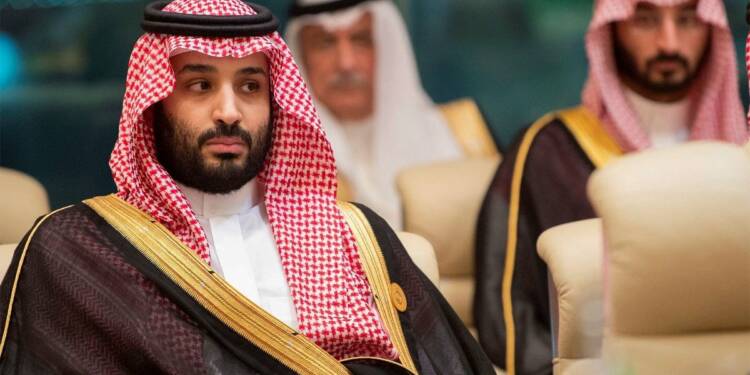 Saudi Arabia is preparing to hold Joe Biden accountable for his actions over the previous year. Biden tried everything he could to harass Mohammed Bin Salman for a year, but it appears that MBS has got one chance to settle the score, and he isn’t going to let it go.

MBS knows that the US needs Saudi oil desperately. So, he has come up with a clear message- act tough on Houthis or deal alone with oil shortages.

On Monday, the Muslim Kingdom made it clear that it bears no responsibility for any global oil supply shortages following the recent attacks on its oil facilities by the Iranian-backed Houthi rebels.

Riyadh was, of course, showing its disappointment at the way the US abandoned Saudi Arabia in the Yemen war last year but now expects Riyadh to solve the global oil shortage crisis. Friendships, after all, are a two-way street.

The remarks were made in the context of the recent Houthi attacks on Saudi oil facilities with missiles and drones. A Saudi Foreign Ministry official said that such attacks hamper upstream and downstream sectors affecting “the kingdom’s production capacity and its ability to fulfil its obligations.”

Aramco CEO Amin Nasser too said, “These types of attacks and that type of escalation during a time when the market is very tight is a real concern for the world … If more escalations happen over time, it might have some impact on supply.”

Putting the US in a tight spot

The latest warning by Saudi Arabia puts US President Joe Biden in a very tight spot.

Remember, the US is going through a very tough time as far as the energy shortage crisis and escalating pump prices are concerned. There have been instances of fuel rationing in the US and the world’s biggest economy needs cheaper oil to keep itself running.

There are places in California stopping you at $100. Rationing is real.

And that oil can only come from Saudi Arabia and the UAE, which hold much of the world’s spare oil production capacity. However, they have rebuffed all US requests to hike oil output in the aftermath of the Russia-Ukraine war. They insist on honouring the OPEC+ agreement on oil output.

Saudi Arabia, on the other hand, has made an offer: if the US adjusts its Yemen policy, we would raise our oil supply.

The US being compelled to act tough on Houthis

Biden had come to the power with a pre-poll agenda of marginalising MBS over the Democratic Party’s human rights propaganda. Therefore, soon after coming to power, the incumbent US President ended support for offensive coalition operations in Yemen, put arms sales to Saudi Arabia on review, rescinded the terror designation against the Houthis and asked Riyadh into ending a coalition blockade on Houthi-held areas.

To top it all off, the US also excluded the Arab States in its negotiations with Iran for a nuclear deal. So, the parties who are to be most severely affected by an Iran nuclear deal weren’t kept in the loop.

Yet, things took a sharp turn after the Russia-Ukraine war. Oil prices skyrocketed and Biden suddenly needed the Arabs all over again. Saudi Arabia is now playing hardball and has imposed a harsh condition on Biden: punish the Houthis or suffer alone.

Putin hides his family in a secret nuclear bunker. That means he’s planning something big