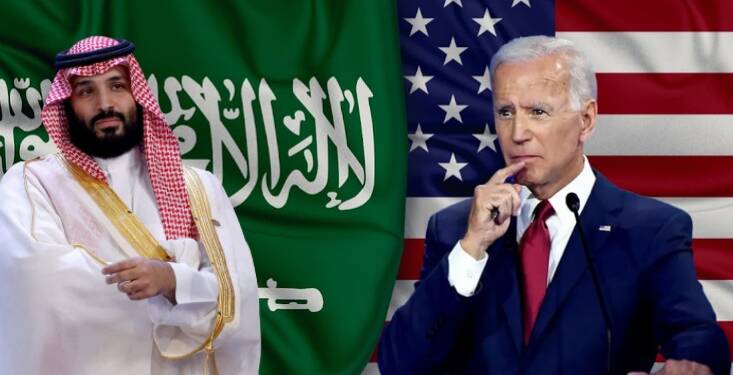 US President Joe Biden hates Saudi crown prince and de facto leader Mohammed bin Salman (MBS). This is no secret. Biden made his hatred for MBS clear during the 2020 Presidential polls campaign itself.

For the past one year or so, Biden has been trying to unseat MBS. He has failed, of course. And now, MBS is making Biden’s life difficult by not complying with his requests for increasing oil output in order to cool down rising prices and inflation. This actually puts Biden in a precarious position ahead of the US mid-term polls.

MBS has been changing Saudi Arabia’s image as an archaic, theological Kingdom with his inclusive policies and a touch of modernity in his approach.

Biden had, in any case, reached out to King Salman and downgraded ties with the Arab power’s de facto ruler, Crown Prince Mohammed Bin Salman. He wanted to delete the legacy of the last few years in which MBS became the overarching power centre in Riyadh and the larger region.

An interventionist Biden actually went as far as fanning the flames in the House of Saud in a bid to unseat MBS.

The political situation in Saudi Arabia is such that MBS is modernising the Kingdom and is taking it far away from conservatism. However, the clergy and ultra-conservative leaders in the House of Saud are opposing his reforms agenda tooth and nail.

Religious scholars, princes from the governing House of Saud, and ordinary conservative Saudis are alleged to be enraged by the prince’s changes, and they would love nothing more than to depose or assassinate the de facto ruler of the Kingdom.

And Biden has been tactfully using this situation to undermine and sideline MBS. He even stepped up engagement with King Salman. He discussed issues like Yemen and Iran’s nuclear programme with the King, in what seemed like a desperate quid-pro-quo attempt. The U.S President wants King Salman to unseat MBS and in return, the US would supposedly help Saudi Arabia on key geopolitical issues.

Read more: Biden is tactfully fanning the flames in the House of Saud to unseat MBS

MBS hits back at Biden

Despite his desperate efforts, the U.S. President has failed to unseat or isolate MBS. You see, the Saudi crown prince is still in firm control of Riyadh’s affairs and the Biden administration’s efforts to weaken him have fallen flat on their face.

Now, you need to understand what it means. Just to give you some context, inflation is becoming a huge political issue in the US. In fact, it is so problematic an issue for Biden that on being asked about it, he even cursed Fox News reporter Peter Doocy and called him a “stupid son of a bi**h”.

So, if Saudi Arabia doesn’t agree on increasing oil output, petrol prices could remain high in the run-up to the crucial midterm elections in the US.

It is quite likely that American voters blame the U.S president for soaring inflation and bad ties with Saudi Arabia. So, they will punish the Democratic Party candidates in the upcoming polls. And the Democrats will themselves blame Biden for their electoral losses. So, Biden will face problems during the 2024 Democratic Party presidential primaries.

And Biden feels that increased oil production in Saudi is also important for global recovery as the ongoing geopolitical instability is affecting the US too. Russia is unlikely to increase oil output given the new lows to which Washington, D.C.-Moscow ties have deteriorated and if Saudi Arabia also keeps its output low, then Biden is staring at a really big problem.

A senior Democrat congressional staffer told The Intercept that it seems like the Saudis “are using the oil weapon” against Democrats.

So, karma is hitting back Biden. He was trying to unseat MBS, but it is MBS who is actually going to unseat Biden.