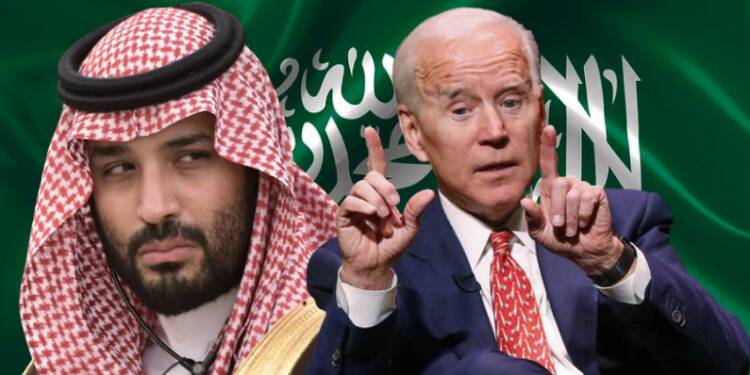 After several years of tense relations during the period of the Obama administration, the US – Saudi ties witnessed a blossoming relationship when Trump took over the office of US president. Trump dumped Iran and accused it of harnessing ambitions of developing nuclear weapon capabilities. Iran – US ties degraded in great proportions; however, that helped US ties with other Arab countries to flourish.

But Biden had a clear agenda in his mind right from the beginning. He wanted to undermine Saudi Arabia’s de-facto ruler Mohammad Bin Salman. The White House suddenly grew critical of MBS over issues like human rights violations and reached out to King Salman instead. That’s when MBS realized that the kingdom’s over-dependence on the US is doing no good to Saudi’s long term interests in the region and decided to take it upon himself to hammer out a basic understanding with its fierce rival Iran.

It isn’t a secret that the Saudi crown prince, Mohammed Bin Salman is the de-facto ruler and leader of the Kingdom of Saudi Arabia. His father, King Salman, owing to old age and ill-health, has become a mere showpiece. Yet, in order to snub MBS, Joe Biden began his presidency career with the decision of directly dealing with King Salman instead of MBS.

Since then, it’s quite visible that Biden has a clear agenda of ostracizing the powerful ruler of Saudi Arabia. Since taking over the office of US president, Biden has tried to sideline MBS and instead interact with King Salman on almost all issues. Biden, for quite long, has been on a sinister campaign to undermine the authority of MBS over the kingdom. Also, during his election campaign days, MBS was a persona non grata for Joe Biden. On one hand, Biden tried to undermine MBS by prioritizing King Salman for diplomatic dialogues and exchanges. On the other hand, he stoked tensions in the region by providing his tremendous support to the Iranian regime.

It is quite visible that Biden dislikes MBS and wants to unseat him from the chair of the ruler of the Kingdom. He has been trying this since taking over the office and has been failing in all of his attempts. On the contrary, MBS is fast moving forward with strengthening the kingdom’s relations with the regional Arab states like UAE, Bahrain etc, and solving conflicts and issues with the adversaries and rivals like Iran. MBS is also working on reducing the kingdom’s dependency on the US by partnering with US adversaries like Russia and China.

It is clear that MBS understands Biden’s intentions and is way ahead of him in this game. By building alternate coalitions and partnerships, he is making sure that it is the US and not the Kingdom, that suffers from the degradation of US – Saudi relations, because of Biden’s policies. Also, Biden’s policies in the region will for sure not unseat MBS, but rather result in damaging US influence, control and power in the region.