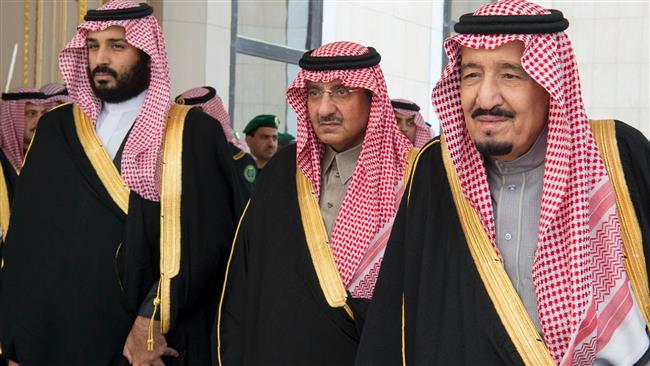 The political situation in the Kingdom of Saudi Arabia is fast turning into a nightmare for the stability of the state. A large undercurrent of resentment is brewing against the fast-paced modernisation of the Saudi society and economy by the Crown Prince. On one hand, traditional power brokers are angry about their diminishing fortunes; and on the other hand, there is increasing resentment among the populace about the pace of reforms brought by Mohammed bin Salman.

According to an article in the Economist, repression and fear are deterring Saudi Arabia’s traditional power brokers from seeking to unseat Crown Prince Mohammad Bin Salman. Religious scholars, princes from the governing House of Saud, and ordinary conservative Saudis are alleged to be enraged by the prince’s changes, and they would love nothing more than to depose or assassinate the de facto ruler of the Kingdom.

Read more: Ever since MBS came to power, Saudi Arabia has suddenly started looking like a nation with astute diplomatic skills

You see, if a leader tries to bring revolutionary changes and transform society, it leads to many dissatisfied parties resisting such changes. While this is generally the case, things become far more dangerous in a country like Saudi Arabia, which is home to Wahhabism and Salafism. Now, going by the reports, it has become obvious that not all is well in the House of Saud. The intense struggle between MBS and the traditional power brokers has reached a tipping point. And from the looks of it, the days of the House of Saud seem numbered.

Mohammed bin Salman is today considered the de-facto ruler of Saudi Arabia and who is advancing the clear and effective diplomacy of his country without centring it on “oil”. Today, Saudi Arabia is creating a geo-political and economic transition whereby, even if there is a huge drop in the oil demand, Saudi Arabia will continue to maintain the same position in the Middle East as it will be one of the countries that transitioned early away from dependence on Crude Oil.

Read more: MBS is a modern politician in an archaic state, and Biden wants to replace him MBN – who is pretty much like other Saudi leaders

Last year, Dr Yossi Beilin, a veteran Israeli politician stated that the world couldn’t wait for his father, the king, to remove his crown and transfer it to his “liberal” son.” He added that the Saudi crown prince won the world over when he rescinded the ban on women driving and arrested the country’s wealthy until they agreed to pay taxes. The fast pace changes are possible because the crown prince has managed to wrest control away from the traditional power brokers. But, this is where problems arise as many of the long-standing power structures find themselves with no say.

The Economist article refers to traditional religious scholars as “Salafists,” and they have a lot to complain about. Bin Salman is believed to have shattered a three-century alliance between them and the House of Saud. The prince is alleged to have undercut what has been a crucial foundation of the Saudi state by imposing sermons, limiting the power of the religious police, and arresting popular preachers.

Many royals are reported to be in the same boat. Their ability to petition the monarch for money from Saudi coffers has been weakened. The anonymous author in the Economist claims that royals are finding it more difficult to get commissions on government contracts. It cited the 2017 shakedown in which Bin Salman locked wealthy Saudi princes in the Ritz Carlton Hotel in Riyadh. They claim that Bin Salman has changed a reasonably consensual political system into one-man rule.

Some Saudis feel the prince is abandoning religion altogether, rather than replacing religious fanaticism with moderation. To add to this subsidies have dropped, while taxes, fees, and fines have increased, making things way worse.

According to the article, the prince might feel the heat. Some feel the religious class will not keep silent indefinitely, and many wonder if Saudi Arabia is on the verge of a 1979 Iran-style revolution led by the mullahs, whose Iranian counterparts held a similar position in Iranian society. Going by these developments, one can realise that the tensions in the House of Saud are high and things can turn ugly pretty fast.