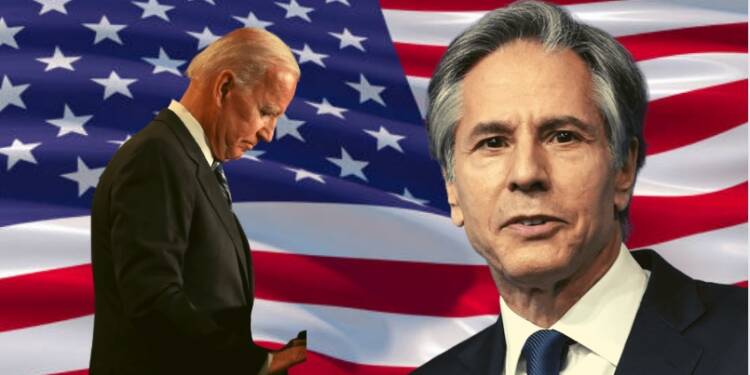 The Biden administration has come under dispute over the issue of redesignating Yemen’s Houthis as Terrorists. The officials in the government are divided on the decision which will blacklist the Houthi Rebels.

Also, the White House is facing resistance from several government and Biden administration officials for their plans to reinstate the Trump-era policy in Yemen. On one hand, there’s Biden, who along with his group of White House officials, want to redesignate Iranian-backed Houthi rebels in Yemen as a foreign terrorist organization. On the other hand, there’s Secretary Blinken with the officials from US State Department, who reject President Biden’s demand.

Also Read: Yemen is a bloody war. Biden is turning it bloodier

What’s happening in the US?

Recently, top officials at the US State Department, some United Nations envoys, officials from US Agency for International Development (USAID) and private importers delivering supplies to Yemen advocated the White House to scrap the plan of redesignating Houthis as terrorists.

It was the Trump administration that for the very first time slapped the “terrorist organization” designation onto the Houthis. The Biden administration subsequently lifted it on humanitarian grounds. Since then, President Joe Biden’s foreign-policy team has grown fed up with the Houthis as peace talks to end Yemen’s nearly eight-year-long civil war reached nowhere.

Also, as the rebels ramp up drone and missile attacks against US partners in the region, the United Arab Emirates, Saudi Arabia, and Israel have all pushed the US government to reverse president Biden’s decision and add Houthis back to the US terrorist organization blacklist.

The UN has been warning the Biden administration against redesignating the Houthis as a “foreign terrorist organization” due to the impact it will have on Yemen’s starving civilian population.

What will be the results of redesignating Houthis as terrorists?

Adding the Houthis to the foreign terrorist organization list, overseen by the US State Department, would criminalize dealings with the group and make businesses or organizations dealing with them liable to criminal prosecution.

The designation essentially criminalizes delivering food to Yemenis living in Houthi-controlled territories, which is about 60 per cent of the country’s population. It means anyone that does business with the Houthis could be hit with US sanctions. The Biden administration said it would issue exemptions for aid groups, but the UN has pointed out that about 85 per cent of Yemen’s food supplies come from commercial importers. “Yemenis need commercial imports to survive. Aid agencies cannot replace commercial imports. If the supply chain dries up, many more Yemenis will go hungry,” the UN said in an internal memo.

Biden’s decisions in the region

Biden quickly reversed the designation when he first came to office due to the warnings from aid groups that it would push more Yemenis into starvation. Over the past year, conditions have only gotten worse in the country as the US-backed Saudi-led coalition has escalated its aerial attack campaign.

The dispute and division in the Trump administration have caused a temporary pause on any decision on the Yemen conflict. The US state department under the leadership of Secretary Blinken has interestingly differed from the views of the White House. And, that is bound to create a great rift between the US government and Biden’s office.