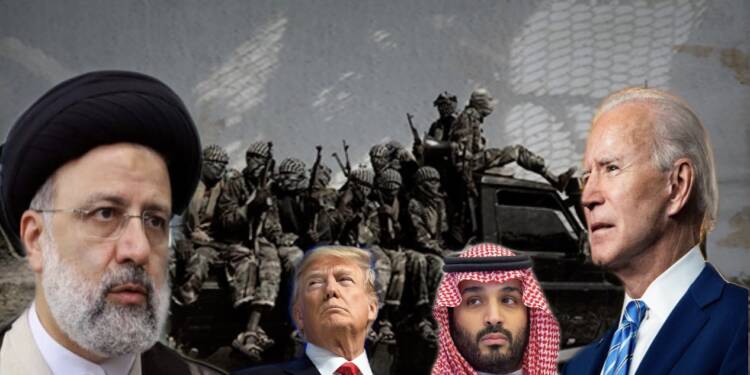 It seems the United States has joined ranks with the Arab coalition fighting against Iran-backed Houthis in Yemen. On Tuesday, President Joe Biden gave the first go ahead to the Pentagon spokeswomen Cindi King to conduct an air strike against Al-Qaeda affiliated Al-Shabaab jihadists in Somalia.

Interestingly, Somalia lies right across the Gulf of Aden, next to war-torn Yemen. The air strike also comes in the backdrop of TFI’s emphatic prediction that Biden was looking to play some war games in the Horn of Africa, much like his mentor – Barack Obama did in the Middle East.

The war in Yemen too is an Obama-era legacy. Meanwhile, Pentagon spokeswoman Cindi King told AFP, “The US military command for Africa (AFRICOM), in coordination with the Somali government, “conducted one air strike in the vicinity of Galkayo, Somalia today against al-Shabaab.”

According to the Pentagon, the air strike targeted Al-Shabaab Islamists. Cindi King added, “A battle-damage assessment is still pending due to the ongoing engagement between al-Shabaab and Somali forces; however, the command’s initial assessment is that no civilians were injured or killed as a result of this strike.”

The Al-Qaeda-linked group Al-Shabaab has been fighting to overthrow the federal government since 2007 and frequently attacks government, security and civilian targets. Al-Shabaab, apart from being an Al-Qaeda affiliate, is also an Iranian proxy militia. Iran has stationed the Al-Shabaab in Somalia to have an edge against the Saudi-led Arab coalition in Yemen.

In order to win the Yemen war, it is of utmost importance to have a monopoly over Somalia, and the Biden administration seems to be helping the Arab coalition achieve just that with its recent air strikes.

It must be remembered that former President Donald Trump too heavily bombed Al-Shabaab jihadists, and Joe Biden resuming that tradition speaks once again to how his administration has succumbed to yet another foreign policy pivot of the Trump administration. So far, Joe Biden had not targeted the Al-Shabaab militants. That he has done so now will have a profound impact on the dynamics of the Yemen war, which Saudi Arabia and its allies have once again begun fighting with renewed vigour.

Earlier this month, the Saudi-led coalition launched an unprecedented offensive against Houthis in Central Yemen, resulting in almost 320 casualties on both sides. The Yemeni government powered by the Saudi-led coalition launched a military operation to reclaim Bayda from the Iran-backed Houthis.According to the Associated Press, most of the casualties belonged to the Houthi camp.

Read more: Black lives matter but only in America, 500 black people were burnt to death in Yemen, but no one batted an eyelid

It appeared like the Saudi coalition had been worn out in Yemen, and Iran was able to overwhelm them with the help of the Houthis. However, the Arab coalition is far from done in the crucial country, and has shown that it still has the ability to turn the tables on Iran. With the Biden administration beginning to strike Iranian proxies in Somalia, the United States has sent a resounding message indicating that it is ready to counter and neutralise all threats emanating against the Saudi coalition from Somalia.

The Biden administration seems to have made up its mind to help the Arabs in the Yemen war after the election of hardliner Ebrahim Raisi as the president of Iran. The nuclear deal is not expected to be revived anytime soon, and as we have explained previously, Raisi is least interested in a deal with the United States. Biden was hoping to get a deal with Iran, but now that it seems out of question, he has begun attacking Iranian interests in Somalia and Yemen. Additionally, Israel has been pushing Washington to decisive action against Iran.

And then, Saudi Arabia – whether Biden likes it or not, is an American ally, and it is in the best interest of the Democrat President to help the Saudi-led coalition win the Yemen war so as to arrest the Shi’ite nation’s growth. So, on yet another count, Joe Biden has chosen to follow the policy of his predecessor – Donald J. Trump.