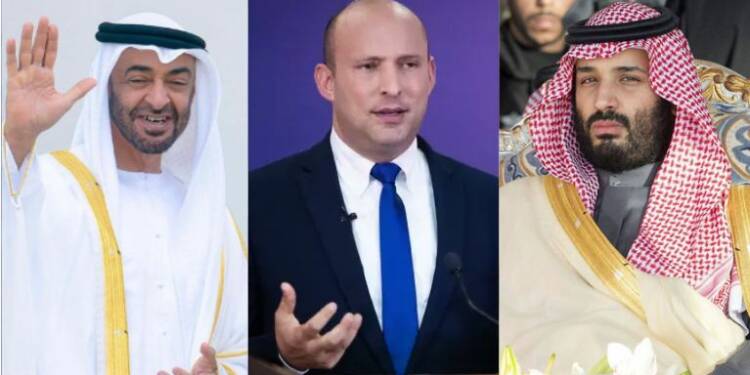 The United Arab Emirates (UAE) withdrew from the Saudi-led alliance fighting against the Iran-backed Houthis in Yemen two years ago. It was perhaps one of UAE’s most sensible and mature decisions. Saudi Arabia’s war effort in Yemen, to defeat the Iran-backed Houthis is failing. Saudi Arabia and its allied forces are now feeling exhausted. They have expended all that they had, and yet, Saudi Arabia is nowhere close to a victory. Make no mistake, Saudi Arabia is the undisputed leader of the Muslim world. Imagine such a powerful and influential regime facing defeat at the hands of Houthis in Yemen.

It would be a disaster for Saudi Arabia in terms of optics. So, Riyadh is now looking for a way out. Since March this year, it has been having secretive talks with Iran – looking to settle the Yemen war for once and for all. The war has killed some 130,000 people, including over 13,000 civilians slain in targeted attacks, and yet, victory is nowhere in sight for Saudi Arabia and its allies. Described by the UN as “the world’s worst humanitarian crisis,” the conflict has displaced millions.

Naturally, the mood among the Saudi-led alliance is that of defeat. The forces are unmotivated and exhausted and want to return home.

Add to that, the Biden administration is hardly friendly towards Saudi Arabia. All of this has convinced Riyadh that it needs to get out of Yemen as soon as possible – at least physically. The UAE, on the other hand, withdrew its forces in 2019, but never really left Yemen. It has been fighting the Houthis all the way. The UAE has realised that proxy organisations must be used in wars in the Middle East now. So that is precisely what it has been doing in Yemen.

According to the Middle East Institute – a Washington-based think tank, the UAE has control over several non-state armed groups, thought to total around 90,000 fighters across the liberated territories, which it supports by providing direct training, capacity building, logistics assistance, and salaries. In the east, it has the Shabwani and Hadrami Elite Forces, and to the west, it has the Joint Forces, including the Guards of the Republic, which brand themselves as the National Resistance. It has the SBF in the south and the Abu al-Abbas Fighters in the southwest.

The UAE has been replicating its Libya model in Yemen for quite a long time now. It has strategically laid the groundwork for its indirect engagement by creating an array of counterbalancing local forces — including the Southern Transitional Council (STC) in May 2017. The UAE has also been collaborating with Israel to get the strategic upper hand in Yemen. Saudi Arabia fought a conventional war in Yemen and lost, and the UAE has learned from Saudis’ mistakes while realising how Houthis and Iran can both be kept in check.

A rather unprecedented flow of Israeli tourists to the Yemeni islands of Socotra – at the behest of the United Arab Emirates (UAE) has been reported recently. Abu Dhabi is also in control of the island of Socotra in the Gulf of Aden. TFI recently reported that the Emiratis have a military base on the island which is used to collect intelligence on maritime traffic in the Bab El-Mandeb and the Gulf of Aden. Potential Israeli spies and commandoes are thus landing right in the backyard of Houthis with the overt support of the UAE.

Apart from an Israeli-Arab spy base in Socotra, what has also terrified Iran and the Houthis is the ongoing construction of an airbase on the strategically located Mayun Island. Earlier this year, satellite imagery revealed that construction had started on a new runway on the volcanic island.

What has really been taking place in the region is a game of chess between UAE and Saudi Arabia, and Abu Dhabi is soon set to checkmate Riyadh. As Riyadh gets ready to pack its bags and fly out of Yemen, the UAE – with the help of its proxies, will keep fighting the good fight against Houthis and Iran. The UAE has some strong geopolitical ambitions and will keep fighting the Muslim Brotherhood and its backers in Turkey as well. It will also do all it can to stop an alliance of Turkey with Iran. The way the UAE has planned it out, the chances of Yemen turning out to be a strategic loss for it are minimal.

Read more: Israel may have joined the Arabs in the Yemen war against Iran-backed Houthis to bring the war to a swift decisive end

Unlike Saudi Arabia, UAE has the backing of the United States, and as a consequence, of its allies. The West will support whatever measures the UAE takes in Yemen – as long as it can deliver a decisive victory against the Houthis, which will thereafter ensure that the Bab El-Mandeb Strait and the Gulf of Aden are free from the direct influence of Iran. Very importantly, a fulcrum of the UAE’s efforts in Yemen has been to secure the waterways lying south of the war-torn country, to which Abu Dhabi has no direct access, but through which, about nine percent of the world’s seaborne-traded crude oil and refined petroleum passes.

Saudi Arabia and UAE have historically been allies. However, differences are widening between the two. The UAE is refusing to be Saudi Arabia’s yes-man, and is developing a free streak of late. The UAE has emerged as a cosmopolitan, business-friendly, and investment-worthy country in a remarkably short span of time. The UAE’s trajectory is quite different. By emerging as a diverse economic powerhouse, free from the influence of the rigid Islamic clergy, UAE wants to be counted among modern, liberal, and developed societies of the world. Its vision is starkly different from that of Saudi Arabia and other Gulf states, which are engulfed by a toxic theological and clerical obsession.

Along with Israel, and with the backing of the West, the United Arab Emirates (UAE) seems poised to give a decisive turn to the Yemen war, without actually sending in its troops to the ground.