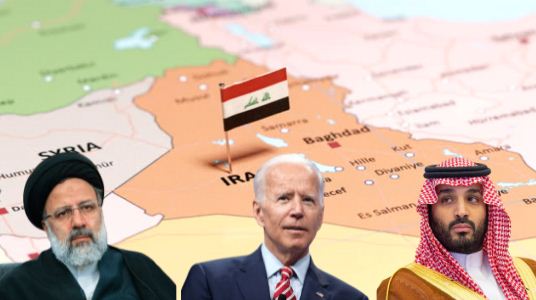 When it comes to the Middle East, most American Presidents try to keep the region on the boil and undermine any chances of even temporary peace. However, former US President Donald Trump was an exception to this general theory. He tried to inculcate peace in the region with his revolutionary Abraham Accords. On the other hand, the sitting US President Joe Biden is amongst those who cannot tolerate the sight of a peaceful Middle East.

Read More: A reluctant Biden gave a go ahead to bomb Iranian facilities on the Iraq-Syria border and US Air Force did the rest

The Middle East was headed towards some degree of peace with Iran-backed Houthis, facing some major setbacks at the hands of a re-energized offensive, by the Saudi-led coalition in Central Yemen. A Saudi-Iran thaw in Yemen seemed very likely. This is exactly when Biden decided to step in, announce a withdrawal of troops from Iraq and shift the Saudi-Iran fighting to the Arab country sandwiched between Iran and Saudi Arabia.

Last month, Biden hosted Iraq’s Prime Minister Mustafa al-Kadhimi in the US. The Iraqi Prime Minister is working with a divided personality split between the US ally and pro-Iran teams at home. The agenda of the Mustafa-Biden meeting was to tend to the issue of the presence of American troops in the Arab country located in between Iran and Saudi Arabia.

Read More: To hasten the process of the Iran nuclear deal, Biden is repealing the law that allows the US to carry out strikes in Iraq

Around 2,500 US troops have been deployed to Iraq, as a part of an anti-IS coalition. These 2,500 troops aren’t technically combating forces; rather they serve as advisors and trainers. Apart from the 2,500 troops, an unknown number of additional US Special Forces are believed to be stationed in Iraq.

However, a withdrawal of US armed forces is bound to open up Iraq to a tug-of-war between several countries including Saudi Arabia, the US, Iran and perhaps even Israel.

The fact remains that the retreat of US soldiers is a part of the political agenda of the Iran-aligned political lobby in Iraq. They have been continuously demanding the withdrawal of all the troops from the US-led global coalition against the IS because they feel that Tehran’s influence in the country gets undermined due to the presence of the American forces.

With the benefit of hindsight, we know that it is a part of Iran’s long-term strategy to have US troops withdrawn from Iraq and fill the vacuum and mount its influence in Baghdad. Iran already operates a vast network of proxies in Iraq, which is a part of Tehran’s strategy to shore up its influence throughout the region. However, any such development gets the Saudi Arabians worried, which doesn’t want their religious rival, Iran taking control of neighbouring Iraq.

Read More: The Middle East is gearing up for the most decisive war between Israel and Iran

Therefore, a hurried Saudi Arabia has tried to appease Iraq. Saudi and Iranian officials reportedly met in Riyadh and analysed the future of Iraq-Saudi ties and how they can evolve in a mutually beneficial way.

Last month, the Saudi Minister of Commerce Majid Bin Abdullah Al Qasabi said, “The Kingdom’s first and last concern was to support Iraq and its stability, indicating that the Kingdom supported Iraq in the reconstruction of cities liberated from Daesh through the Saudi Investment Fund.”

Meanwhile, Iraq is also on the radar of the newly-elected Iranian President Ebrahim Raisi. Iranian media outlets are reporting that Iraq’s Foreign Minister is coming to Iran soon. Iran’s semi-official Fars News Agency reported that Iraq might host Raisi during its first foreign trip, showing the high level of priority that Tehran is giving to Iraq.

Read More: Iran under Raisi is all set to revive an alliance of its own, right under Biden’s nose

At the same time, even Israel is trying to get involved in Iraq. The outgoing Director of the Israeli Foreign Ministry’s Middle East Division, Haim Regev, reportedly said that the Jewish nation maintains some contact with almost all Arab countries, including countries like Iraq that are officially designated as the “enemy states” by Israel.

Regev made seemingly positive remarks about Israel-Iraq ties, in the larger context of the changing dynamics with US withdrawal from the war-torn country of Iraq and Iran’s heightened activity in Baghdad.