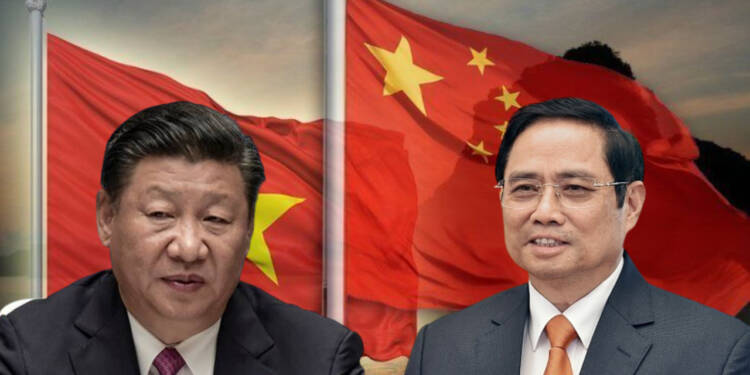 In Vietnam, you head towards making economic ties with the US and you will bring your business empire down. Businesses in Vietnam have to play their game very carefully otherwise they will be subjected to sanctions.

A business tycoon in Vietnam, Vingroup Chairman Pham Nhat Vuong is now on the radar of the country’s government and is falling under overseas travel restrictions. It’s hard to answer whether the richest man of Vietnam, chairman of the country’s largest private conglomerate will now be safe? Well, getting subjected to travel restrictions or getting prosecuted or getting your passports withheld is what the prominent business people of Vietnam are accustomed to. Recently, rumours have been spreading like a wildfire in Vietnam that Vuong might soon fall victim to the Vietnamese government’s anti-corruption campaign.

In recent months, Trinh Van Quyet, founder and chairman of FLC group, and Do Anh Dung, founder of Tanh Hoang Minh Group are among those prominent businessmen who faced the Vietnamese government’s ire. This might keep Vuong on his toes as the authorities in Vietnam might soon jump on the bandwagon.

Read More: Russia could arm Vietnam with Nuclear Submarines and that will be catastrophic for China

Vuong- soon to face a crackdown

Some netizens have been speculating that Vuong might soon land into serious trouble as his case follows the same pattern as the previous arrests. However, Lieutenant General To An Xo, the Spokesperson of the Ministry of Public Security (MPS) dismissed the rumours calling it as ‘fake news’. In a similar fashion late in March, Trinh Van Quyet was also prohibited from travelling abroad. A day after the MPS denied rumours that he would be detained, Quyet was taken into custody on suspicion of stock manipulation.

Since Vuong will soon land into legal troubles this has led to a selloff of Vingroup shares on the stock market. The share price of Vingroup fell 6.64 per cent on July 6, 2022, reaching its lowest level in the previous three years. The majority of the time in the days that followed, its shares moved in the negative.

At the same time, the corporation raised money for its vehicle division in May by selling bonds to foreign investors for US$525 million. Vietnam’s efforts to develop a domestic car sector are currently being led by VinFast, the company’s new automobile division. The indigenous electric vehicle maker VinFast is set to begin production in the US in July of 2024.

Now, this might have left the authorities in Vietnam thunderstruck as expanding and maintaining ties with the US is something that the politicians in Vietnam cannot bear. The US has ever since taken an anti-Vietnam stance on the South-China Sea issue and has sided with China. So, Vietnam cannot take its country’s business players to establish their ground in the rival country- the US. Due to Vingroup’s significant expansion of influence in the US, it might land the company’s founder and chairman into prosecution. Vingroup would be targeted in the crackdown.

In countries like Vietnam where corruption is widespread, most businesses rely on political connections to prosper. Business owners in Vietnam are aware that the same politicians that brought them up can pull them down in a trice. So, the likelihood of Vuong falling from grace and will be sanctioned by the Vietnam authorities is considerable if he doesn’t play his political game carefully.

Vietnam has a very clear message for all its business tycoons- either cut ties with the US or we will not let you further grow your business empire.

China is blackmailing Russia for even cheaper oil, but this can very well backfire