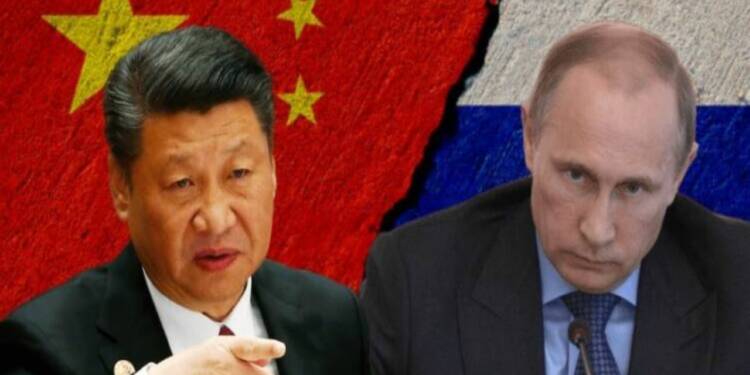 China’s relationship with US has always been an enigma for global analysts. The two global superiors are always head-on-head when it comes to news. But there happened a time when the bonhomie between the two climbed an all-time high.

It was during the Barack Obama administration that the Chinese economy climbed all ladders of success and got the fame that no other President of the US could have helped China achieve.

“The relationship between the United States and China is the most important bilateral relationship of the 21st century. Forty-four years after establishing diplomatic relations, the world’s two greatest economic powers have forged unprecedentedly close ties,” Obama commented in 2009.

But the unusual friendship between China and US had one thing in common.— a nemesis by the name of Russia.

Even though the plan was the brainchild of the US, China played a pivotal role to destabilize Russia from the driving seat of the global economy. The Russian annexation of Crimea, in 2014, added further joy to China.

The Obama administration, back then, initiated torrents of sanctions on Russia paving way for Moscow to fight a financial crisis in the year 2014.

You see, Russia’s economy is heavily dependent on crude oil and natural gas, especially when it comes to state-owned giants like Gazprom. Between mid-2014 and early 2016, crude oil prices have fallen from a high of $107.95 per barrel to a low of $29.16 per barrel, cutting deep into the country’s major source of revenue. With the currency in a tailspin, Russian companies found it increasingly difficult to repay foreign-denominated debts.

More than Obama, the real joy bloomed in the far east land of China. Beijing was arduously working to cut out Russian strength for years and Crimea happened to be a dream come true for Beijing, to leap into dominance along with the USA in the global economy.

But Beijing’s run of dominance had a short life span. All hopes got shattered after Donald Trump ascended the Oval Office as the 45th president of the United States. Turbulent times headed back and the relationship between both US and China regained its old bitterness.

Trump administration believed any “goodwill” engagement with China will make the latter assert more power in the Indo- Pacific region. The change in stance was even evident when Trump’s daughter Ivanka said at the Republican National Convention that “Washington has not changed Donald Trump, Donald Trump has changed Washington”. This would certainly include Trump’s handling of China.

But, now it is 2022, and many things have changed. In late February, the biggest skirmish of the decade took place in eastern Europe, which remains a potboiler on the global stage to date.

The single move to conduct a special military operation in Ukraine has changed the fortune of Vladimir Putin’s Russia. While China thought they were gifted with yet another opportunity to batter Moscow, the plot had a different story to tell.

No number of sanctions penetrated the Russian bulwark of defence.  America and Europe’s combined effort to crucify Russia has turned into a sad story. Sensing the Russian dominance in the war, the world is now trading with Russia for oil and gas, at an unprecedented level, making Moscow easily outgun the dominance largely held by US and China on the global stage.

Meanwhile, Putin had a score to settle with China that he always kept in his mind, no matter what war he was fighting. Chinese investors have already bought a former tank factory in Siberia, where they are now producing trucks. They already control the markets in Russian border towns, where they are the richest private business owners.

“China invests more in the Russian Far East than our own government does,” wrote the Moscow newspaper,  Nezavisimaya Gazeta.

Over time Chinese have flooded into the Russian far east, eyeing better job prospects. But the real reason for the influx was the untapped resources in minerals, including coal, petroleum, natural gas, diamonds, iron ore, and gold that are safely secured in the isolated parts of Siberia.

The Chinese Communist Party is investing billions in the northern border region and Russia has now found the timing to be acute to give the desired response. Make no mistake, Russia may even use tactical nuclear weapons to fight the Chinese.

Former US diplomat Dr John Callahan said “Let’s say the Chinese invaded Siberia right now. There’s a fair chance that the Russians would just turn the keys and launch the nukes. Because they would have to completely disengage from Ukraine, and somehow, on their creaky pathetic logistics system, get their forces halfway around the world to fight the Chinese.”

The war in Ukraine is reaching its tail end and it seems Moscow will not recline in the comfort of victory but will open new chapters of rivalry with China to get complete control over Siberia. And to make things more catastrophic this time, the war will go nuclear.