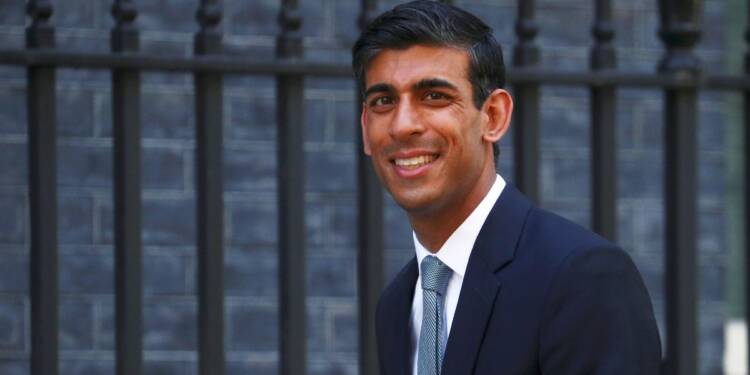 When Boris Johnson won and fulfilled his promise of the Brexit deal, he was touted as the leader who could really upend the sorry state of UK’s clout in the geopolitical arena. But, in just two years, the charisma has utterly faded away; in fact, he was forced to relinquish the PM chair in a rather unceremonial fashion.

When it came to the Russia-Ukraine war, Boris Johnson left no stone unturned in aiding Ukraine. As soon as Russia invaded Ukraine, the UK became the first to sanction Russia. But, since Boris Johnson’s departure, the weight that UK threw behind the Zelensky regime has considerably debilitated.

At present, the race to elect a new Prime Minister is underway among Tories. Of all, Rishi Sunak is believed to be sitting in a comfortable position. That’s definitely good news for his supporters, but UK’s western allies might soon find themselves walking on a hot tin roof. The reason: Sunak is anything but a Boris Johnson, and that’s a problem, a big one at that!

Interim prime minister Boris Johnson has now urged the defeated Tory member candidates to “back anyone but Rishi Sunak.” For the unawares, Rishi Sunak had gone against Boris Johnson and urged him to resign at the very last moment.

Boris Johnson and his camp are running a hidden “anyone but Rishi” campaign after feeling betrayed over the former Chancellor’s resignation which precipitated Boris’s exit from 10 Downing Street.

Well, Johnson has plentiful reasons to wage an anti-Sunak campaign among the conservatives. One is Sunak’s ‘betrayal’ of Boris. Apart from this, Boris is also propagating that Sunak might turn out to be a significant worry for the Western Bloc too. Boris is peddling the fears that Rishi Sunak will become Anti-West, and slash the West’s anti-Russia campaign.

As per media reports, Johnson is worried that Sunak would show a change of heart towards Russia. Johnson stresses that Sunak could go “soft” on Putin and adopt a completely different tone than the rest of the West.

If Boris Johnson’s words are to be taken seriously, Sunak’s arrival at 10 Downing street will mark a significant shift in UK’s stance towards the Ukraine war. This might not only smack some sense into UK’s reckless foreign affairs office but also help the world debilitate the crisis in Ukraine.

The realistic stance of Sunak and the end of the War

UK’s total military support since the outbreak of war as per official figures is estimated to be around £2.3 billion, the second highest aid given to Ukraine only after the United States.

However, needless to say, that objective is far-fetched, given Ukraine’s miserable position in the war. Boris Johnson’s approach toward Ukraine has always been blind-eyed and this has tarnished UK’s image on a global scale both economically and diplomatically.

Now, Sunak may try to improve soured international relations with Russia in a bid to restore economic ties to pre-war levels.

And it could send a message to other global leaders to follow the suit and put pressure on nations like Canada and the US to water down their support for Ukraine and hostility against Russia.

Read More: Could Rishi Sunak be the new Prime Minister of the United Kingdom? Well, his party thinks so

Sunak understands that his country’s brazen support of Ukraine has only cost his nation its wealth and prosperity, and its people their comfortable living standards. Sunak, if he adopts to take a pragmatic approach, will be looking forward to fixing UK’s economy before fixing an “unfixable” Ukraine.

Kishida is literally begging before Vladimir Putin for Russian gas, but it’s too late now