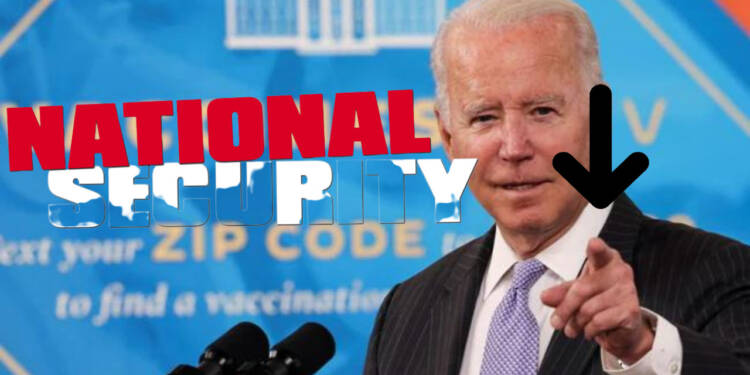 Just a few days ago, the United States introduced mint conditions under its vaccine mandate after which members of the Guard and Reserve had time till 30th June to get vaccinated for the COVID-19 virus. The vaccination deadline was given by the White House officials on the behest of the military-wide orders, that Secretary of Defense Lloyd Austin issued last August.

Still, at least 11% of each group is unvaccinated, according to US figures. Out of this, 89% of members of the Army Reserve and National Guard had each received one dose of the vaccination, while 87% and 88%, respectively, had received all three doses.

As the deadline draws closer, many regions of America are experiencing coronavirus fatigue, mask requirements have been relaxed nationwide, and vaccination rates have fallen even as more age groups are now eligible for the shot. Yet, the US has set its crosshair on tens of thousands of armed forces now subjected to harsh penalties, including potential separation from service.

The US army has started a crackdown on its own forces. As per media reports, 40,000 National Guardsmen and 22,000 Reservists will be barred from service as they refused to get vaccinated against COVID-19. This decision is quite shocking.

This decision would effectively cut off pay and benefits to the combined 62,000 service members and prohibits them from participating in training.

While talking to Military.com, an Army spokesperson said in a statement: “Soldiers who refuse the vaccination order without an approved or pending exemption request are subject to adverse administrative actions, including flags, bars to service, and official reprimands,”

Most of soldiers of US military have refused vaccination. About 7,000 have claimed religious or medical exemptions. But, US’ stance is pretty clear, get vaccinated or leave. This is more of a diktat to US Military men to vaccinate them mandatorily.

The US Military under Biden cites that the guards were given the longest vaccination deadline, due to its large membership and locations across the US. yet, if they refuse, they have to leave anyway.

The military branch has pledged to go even further and terminate their staff if anti-vaxxer soldiers continue to refuse vaccination.

According to another spokesperson for the Military, ‘In the future, soldiers who continue to refuse the vaccination order without an exemption may be subject to additional adverse administrative action, including separation,’

But, doing so would compromise US national security, and the United States would, in all honesty, shoot itself in the foot.

Read More: US’s military strength could drop by 13% this Thursday

US Security at Stake

Understand the magnitude of the US initiative, US here is talking about taking action against 60,000 troops of its forces. The National Guard Has Over 336,000 Members. As of September 2020, there were about 100,000 Air and around 236,000 Army National Guard personnel serving in locations all over the world.

If their resistance continues, around 60,000 Guards would be fired, compromising the military strength of the United States. A weakened military means a weakened nation.

A larger military strength is important for the security of the state. Furthermore, US military capabilities not only protect the United States and its citizens from direct threats but also help maintain peace and stability in regions critical to U.S. interests.

So, maintaining a strong defense capability means that the U.S. Armed Forces and the Department of Defense could perform more broadly. But, Sleepy Joe and his officials are going exactly the opposite.

Cutting down the military strength would overthrow the security of the state in the USA and downplay US’ importance across the world. US military has already been in question after the Afghanistan withdrawal. More and more people have raised alarm over the actual military strength of the USA. Now, Biden wants to disseminate military guards because they are not vaccinated. This is a quite rhetorical state of ‘super-power’.

Read More: Democrats are turning the US Military into a woke parody of itself. And the world is laughing

Military strength is considered to be one of the major factors that define the strength of the nation. US decision to take action against its own military guards is a wrong step and shouldn’t happen. Biden is indeed setting a very wrong precedent in front of the world.