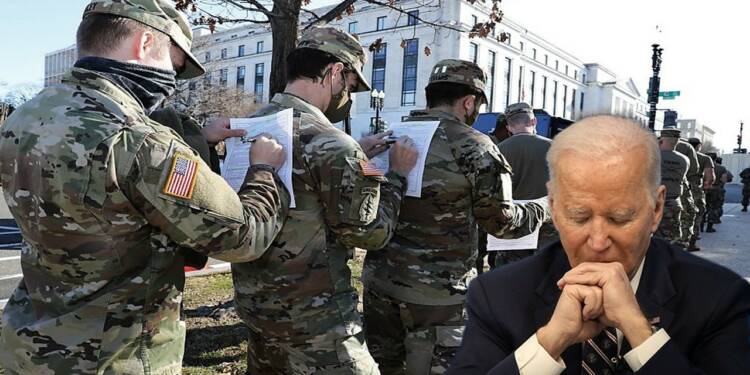 A substantial number of the Army National Guard soldiers can be forced out of service this Thursday. Roughly, 40,000 of the soldiers in the US who have not gotten their mandated COVID-19 vaccine can be forced out of the country’s army. The number actually jumps to 60,000 if we count the army reservists, which is about more than 12% of the entire guard and reserve force. So clearly, the US military, that is one of the largest militaries in terms of personnel, is about to experience a major dip in its strength now.

The National guard is a bit of an outlier if we look at some of its other branches. The National guard is the lowest vaccinated branch by far. According to figures that were released by the Pentagon back in December, 98% of the army soldiers are vaccinated, the number is 97% for the Navy Sailors and 95% for the Air Force. Their deadline for the National Guard for getting themselves vaccinated was in December, which got further extended to the 30th of June, mainly because its a large force of about 330,000 soldiers spread across the country, especially in the remote locations.

However,  this time it seems there will be no more extensions. If the National guard spartans don’t get their vaccines by Thursday i.e. 30th of the June, they will be discharged from their jobs. This means, they will no longer be paid when they are called on for domestic missions, or worse they will not be activated for such missions at all.

Read More: Who needs a China when Biden himself is destroying the US army with wokeism

In an interview with the Associated Press, Lieutenant General Jon Jensen who is the Director of the National Guard said, “The Pentagon is still encouraging the remaining unvaccinated guardsmen to get their shots before the deadline. He even expects that many of them are going to do so before Thursday. Jensen also said that, “they will continue to support the roughly 7,000 National Guard soldiers who are claiming for an exemption; almost all of those are for religious reasons.”

A significant number of the US army, almost 14,000 of the 40,000 Army National Guard soldiers have unreservedly refused to get their jab as the deadline for the shot looms. This could lead to them getting kicked out of the army.

“We are not giving up on anybody until the separation paperwork is signed and completed. There’s still time,” said Gen. Jensen.

However, guard soldiers who are activated on state duty may not be required to get vaccinated- based on the requirements of their states. They can be used for state missions and will be paid by the state as long as they are deployed for state services.

Quite a few governors have even asked the Defence Minister of US, Lloyd Austin to reconsider or to not enforce the vaccine mandate for the National Guard soldiers.

Read More: Biden Administration is all set to purge the “racist and extremist” elements in the US Army. Little do they know that it can lead to a mutiny

Discharging all the unvaccinated soldiers from the US army will lead to the nation seeing a significant shrink in its strength. The tables seem to be turning for the world’s most powerful military now.