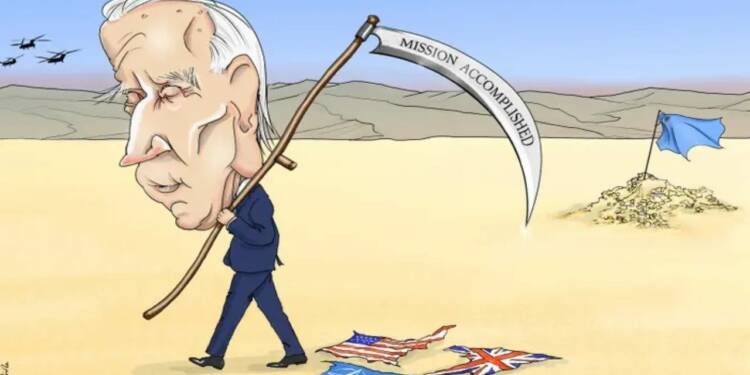 However, under Biden’s watch, the American military is being given lessons in wokeism. Cadets, soldiers and officers are being made to undergo critical race theory lessons, mandatory gender pronouns training and socialism lectures. In fact, Rep. Matt Gaetz (R-FL) tore into Defense Secretary Lloyd Austin on Tuesday for pushing wokesim and socialism in the military, while making “blown calls.”

During a Congressional hearing about the Defense Department budget, Gaetz grilled Austin regarding the mismanagement of the US military.

Gaetz asked, “I guess I’m wondering, what in the $773 billion that you’re requesting today is going to help you make assessments that are accurate in the face of so many blown calls?”

The Florida Republican said that the US was “behind” on hypersonic weapons. Now, this is something that is very well-known. Yet, Austin shot back, by asking, “What do you mean we’re behind in hypersonics?” He added, “How do you make that assessment?”

In reply, Gaetz pointed out that China and North Korea were testing hypersonic weapons and other technologies that are still in the development stage in the US.

Gaetz said, “And so, while everyone else is in the world seems to be developing capabilities and being more strategic, we got time to embrace critical race theory at West Point, embrace socialism at the National Defense University, to do mandatory pronoun training.”

He then pointed out how the Biden administration made two miscalculations- first in Afghanistan and then in Ukraine. The Congress Representative said, “And maybe we would be better at them if the National Defense University worked a little more on strategy and a little less on wokeism.”

How Biden’s woke agenda is destroying the US military

In fact, the US military is facing an institutional crisis due to the manner in which wokeism is being pushed down the throats of US military officers and soldiers.

Take the case of West Point. Critical race theory is being taught to US military academy cadets. And it doesn’t really make a lot of sense. It is alright if you imbibe critical race theory in activists. But you simply cannot teach this theory to US military cadets. It is a part of the far-left agenda that dismisses civilian institutions as misogynist, colonialist and racist.

Now, if you want such indoctrination for far-left activists, it is fine. But why serve such a narrative to young cadets who are going to lead the American military in the future?

Read more: Now even generals admit that the US stands at the cusp of a full-blown civil war

So, US soldiers are being made to read the critical race theory. What next? Well, socialism and gender identity.

In line with Democratic Party’s “democratic socialism” ideology, the description of the NDU event stated, “In this talk, Mr Piketty will argue that the right answer lies in ending Western arrogance and promoting a new emancipatory and egalitarian horizon on a global scale — a new form of democratic and participatory, ecological, and post-colonial socialism.”

And yes, the US military is also prioritizing woke gender identity campaign over strategic studies in the US military. The US Army has been rooting for a mandatory training program for serving soldiers on gender pronouns. A report by Washington Free Beacon even detailed an official presentation on “Policy on the Military Service of Transgender Persons and Persons with Gender Dysphoria.” The presentation was given to military officers along with coaching material on how to train their subordinates.

Read more: Gangs are in possession of thousands of US military Rockets launchers and guns, but Biden is more interested in disarming law-abiding civilians

And then, Biden is also pushing ahead with his vaccine agenda. The US Army has been discharging soldiers who refused the COVID vaccine, even though the efficacy of American vaccines remains doubtful.

US military faces several challenges in the form of North Korea, Russia and China. However, Biden is training US soldiers in woke agenda instead of keeping them combat-ready.