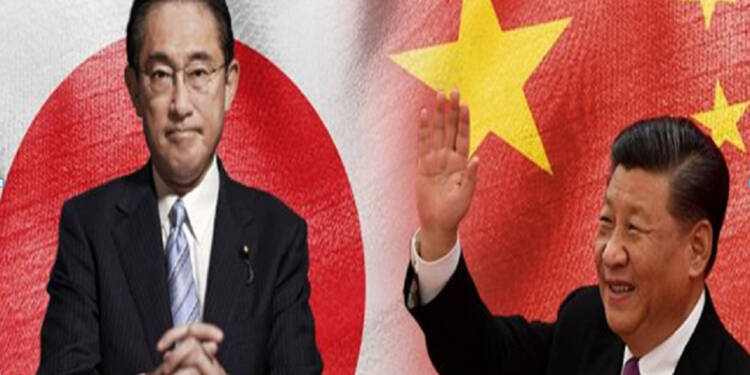 It has been barely days since former prime minister Shinzo Abe was shot to death and the much-touted “Abenomics” is heading its way out of Japan. The timing is such that it triggers a thought in the minds that the Fumio Kishida-led government was longing for any kind of predicament to happen to diligently take out “Abenomics” from Japan’s economic primer.

CHINA BACK IN JAPAN

Even when he was out of office, Shinzo Abe acted as a formidable barrier to any kind of Chinese encroachment on Japan. The simple fact that the late prime minister was outspoken in his criticism of China and held Taiwan dear to his heart made China and the political elite in Beijing furious over Abe.

Now just days after Abe’s death, China is making a reappearance in Japan. Many see a problem in it but Japan’s prime minister Fumio Kishida is least bothered about this fact. At present, the potboiler is regarding foreign companies leaving the lucrative field of Japan. Accusations are ample showing it as a government-initiated move to deliver more benefits to an invincible player and we know who it is.

Japan has been often at the receiving end of criticism for not reducing its carbon output. EU and other international organizations have been imploring Japan to reduce its carbon output to get attuned with the green strategy to prepare for the fight against climate change.

But Vestas the Denmark firm and Siemens which deemed Japan as a lucrative market is suddenly reversing course following the lackadaisical approach by the Japanese government not helping the projects climb the heights of success it was supposed to.

Connecting the dots, the picture gets to perfection. Fumio Kishida government’s sudden change of stance happens for a reason. Vestas and the Siemens Group rank fifth and sixth, respectively, in the global market. Chinese enterprises occupy the top four places. So, if Japan needs the wind turbine project to turn into a reality, they should go get support from the top four numbers in the global market, incidentally all Chinese.

Kishida bowing before Chinese belligerence is no new. History is copious with incidents that vindicate the claim. Kishida always argued for a better relationship with China, unlike his predecessor Abe who wanted to refurbish the image of Japan from a pacifist country to an aggressive one.

Meanwhile, Fumio Kishida has sought to distance himself from “Abenomics” touting instead a “new capitalism” more attuned to the gap between rich and poor.