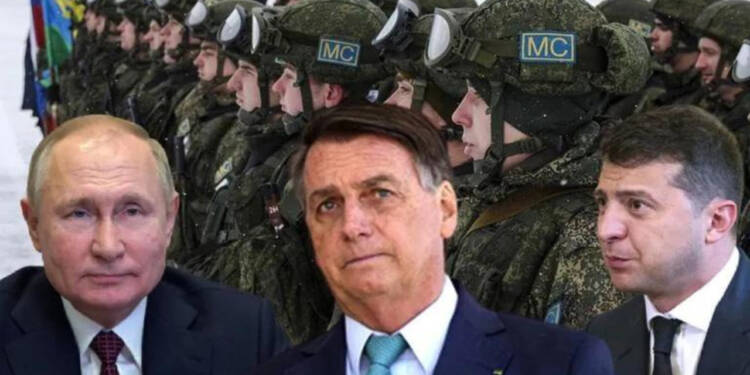 There doesn’t seem to be a current option to resolve the confrontation between Ukraine and Russia, which has lasted for more than five months now. The West is just weaponising Ukraine but, it seems reluctant to get both Russia and Ukraine on the negotiating table. Jair Bolsonaro, the President of Brazil, has proposed a deal to put an end to the war in the midst of this. According to him, if Ukraine really wants to put an end to the war, it could best follow what Argentina did in its conflict with Britain in 1982.

Before we learn more about what exactly Bolsonaro is expecting of Ukraine, let’s take a closer look at the 1982 crisis between Argentina and Great Britain.

Malvinas Islands, often known as the Falkland Islands or Spanish Islas Malvinas, are a self-governing British overseas territory in the South Atlantic Ocean. It is located roughly 300 miles northeast of South America’s southernmost point and about the same distance east of the Strait of Magellan.

Argentina and the United Kingdom disagree over the sovereignty of the Falkland Islands. The British have claimed authority over the islands since the 1690s when they made the first known settlement there, and they have done so de facto practically constantly since 1833.

Argentina, which had sovereignty of the islands for a short period of time before 1833, has long questioned this assertion. Argentina’s invasion of the islands in 1982, which sparked the Falklands War, caused the conflict to worsen.

Argentina declared an unofficial war on the Falkland Islands on April 2, 1982. This undoubtedly encouraged the UK to demonstrate its military strength during the conflict. In terms of the UK’s military might throughout the conflict, the British Army deployed 10,700 soldiers, the Royal Navy 13,000 soldiers, and the Air Force 6000 soldiers. 111 ships and 117 aircraft were added to the arsenal, increasing its power. Regarding Argentina, its military power was relatively weak when compared to that of the UK. Because of this, the Argentinian forces were inadequate, and Buenos Aires finally capitulated in June 1982.

Now, as Bolsonaro seems to suggest through his comments that ideally, Ukraine should surrender in order to end its conflict with Russia. Considering the military might of Russia, Ukraine is ideally left with no other option but to surrender.

He said that he has a plan to end the war but he will not disclose the details of the solution. He just hinted by telling that the conflict could be resolved “like how Argentina’s war with the UK ended in 1982.” This means that he would ask Zelensky to surrender in the war if he really intends to end the conflict.

But we really doubt if he would follow Bolsonaro’s plan of ending the war for the following reasons:

But Zelensky being Zelensky, this option has totally remained out of sight and out of the mind for him.

But this makes it abundantly evident that Zelensky’s only goal is to prolong the conflict so he can keep looking for financial support and picking his pockets. In addition to this, he might be sacred to surrender in the war because doing so would result in his expulsion from Ukrainian politics and the establishment of democracy, much like what happened in Argentina after its war with the UK ended in 1982.