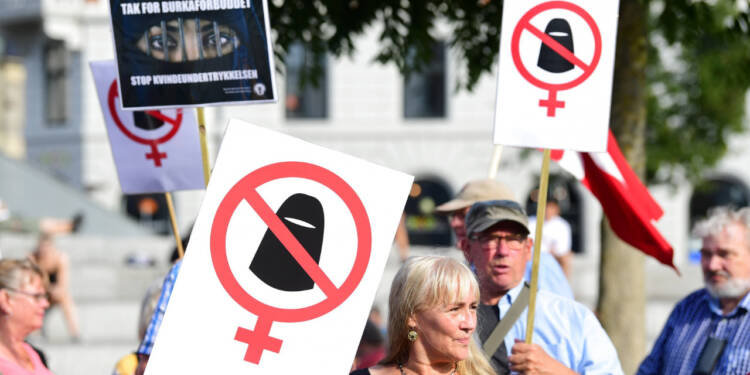 In Denmark, you will find several apartments or housing slums of migrants, usually having a majority population of “non-Western” ethnicities. These areas are known as ‘Ghettos’ and it is hard to find a Danish residing in this area.

In the Nazi times, people were kept forcibly segregated from others in Ghettos. But now, times have changed. In Denmark, several Ghettos of Islamists have developed that do not allow people of other communities to enter them.

Furthermore, In Denmark these Ghettos have become criminal hubs. There is growing concern that the concentration of minorities in these Ghettos could have a negative impact on national security and indigenous culture. In order to fully clean up the country, Denmark has started ripping down Ghettos.

As a first, the Danish government is set to demolish a ‘migrant ghetto’ area in the city of Aarhus, with around 1,000 homes set for demolition.

The migrant Ghetto is in the Gellerupparken area of Aarhus. For years, It has been home to almost 5,000 residents. This will be demolished as part of a plan that was first developed in 2018 to stop the rise of ‘parallel societies’.

The Danish government stresses that the plan is to destroy and then rehabilitate 15 so-called vulnerable regions throughout the nation to stop their rise. But, the residents say otherwise.

The migrants are protesting against the decision to demolish. Several residents have started a legal process in an attempt to stop the demolition of the homes and the new constructions, with flags and banners seen on some of the houses in the area calling for the demolitions to stop.

Not only this, Denmark has made several proposals to address the problem of emergence of these parallel societies. For example, last year’s plan to restrict the number of non-Western individuals in neighbourhoods to no more than 30%.

The plan was first introduced by former Conservative Prime Minister Lars Løkke Rasmussen in 2018. He had announced the demolition of a migrant ghetto in the city of Odense in the Vollsmose area, which was labelled as being highly prone to crime.

This plan is now being enforced by the left-leaning Social Democrat government because the Ghettos have indeed become a problem for many cities across Europe.

The problem of Parallel societies

After the Syrian Refugee crisis, Europe became a hotbed of terrorist attacks. This has been seen as a trend in many European nations that Islamist Ghettos have given rise to hatred and eventually led to a rise in crime rates. The extremists inside the Ghettos try to fuel hatred within Denmark by cutting themselves off from society.

In the United Kingdom, the former head of the Equality and Human Rights Commission Trevor Phillips once warned of growing “Muslim Ghettos” in the UK because they were trying to become a nation within a nation. He further said that several ghettos are being overrun by extremists who wish to live separate lifestyles.

In March 2016, Brussels suffered an extreme terror attack in which 32 people were killed and more than 300 were wounded.  It was revealed that the planning of the attack was done within a ghetto.

Such attacks also took place in France and even Germany. And to everyone’s surprise, in all the cases, the accused were found within established Ghettos.

There are countless reports that prove the fact that establishment of Ghettos gave a rise to crime rate in the area. So, Denmark’s actions don’t come to be a surprise.

Danish culture is centered on conformity. Maintaining support for a welfare state is made easier by having the conviction that other people are like you and they also share your ideals.

However, that is not at all what Islamists desire, thus government of Denmark is pretty sure that it’s time for the Islamist ghettos to leave.

Collection of 22 Straightforward quotes and captions