How Trudeau turned Canada into a ‘toilet bowl’ for the world 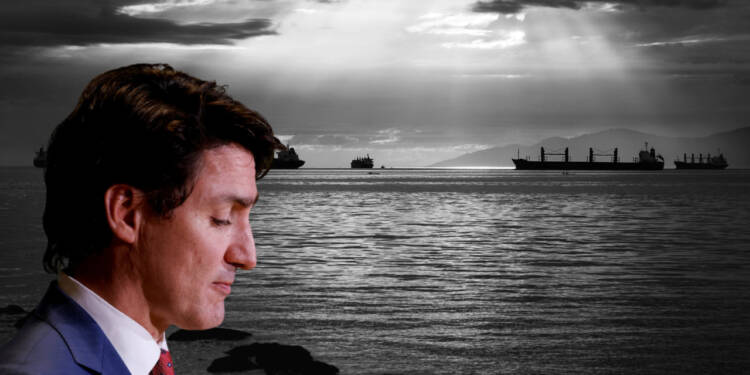 Canadian PM Justin Trudeau has not only turned his country into the 51st American State but has also allowed the vessels from all over the world to dump billions of liters of toxic waste in Canadian waters.

According to a recent report, Canada’s West Coast has become a “toilet bowl” for cruise ship sewage and toxic waste. Cruise ships traveling from the US to Alaska have been dumping nearly 31 billion liters of trash into Canadian waters each year, even in protected regions.

Canadian waterways have been reduced to dumping stations under Trudeau where harmful ejections such as sewage from toilets, gray water from the kitchens, and laundries continue to be discarded. The worst of all of this is the scrubber wash water, which is dumped in large amounts into the sea and has a huge negative impact on marine life.

Scrubbers are a loophole technology that allows cruise companies to comply with air pollution regulations by separating pollutants like sulfur oxides from the engine exhaust and redirecting them into the water instead. Scrubber wash water constitutes a major portion of a ship’s sewage disposal. For example, on a single voyage, a large cruise ship could generate as much as 200 million liters of sulfurous exhaust.

But how come the Canadians are allowing the world to use their waterways in such a derogatory manner. Well, the incumbent PM was too busy to address this major issue.

Ships are required to seek permits in Alaska before disposing of sewage and they must process the waste using adequate sanitation equipment before letting it go. The ships cease expelling the toxins as soon as they enter the Alaskan waterways to avoid breaking the state’s tough dumping laws.


To put things in perspective, Washington State has banned the dumping of even treated cruise waste in 6,000 square kilometres of protected ocean in the Strait of Juan de Fuca and Puget Sound.

Disposal sites include the Great Bear Sea, where endangered killer whales fight to feed on declining salmon populations while poisons and contaminants slowly build up within their bodies. As the toxins move up the food chain, humans will inevitably be affected by carcinogenic materials.

Up until recently, no efforts were made to address the country’s lax shipping regulations. As we mentioned earlier, Toxins were purposefully dumped in Canada rather than the waters off Alaska or Washington State. Ships preferred to dump the toxins in Canadian waters because it is much cheaper than investing in an adequate waste disposal system and is considerably simpler than obtaining permits in Alaska.

Canada under Trudeau has been a flop show and has failed to safeguard the interest of its citizens. Owing to considerable pressure from environmental groups, in April of 2022, Transport Canada announced new measures aimed at curbing cruise ship dumping in Canada during the 2022 cruise season. The new measures however did not include any restrictions against scrubber wash water.

The core negligence of Canadian interests under the current administration is appalling and the Canadian people should probably think better before they choose their leaders the next time.

Collection of 40 Empty quotes and captions

Collection of 35 No one understands me quotes