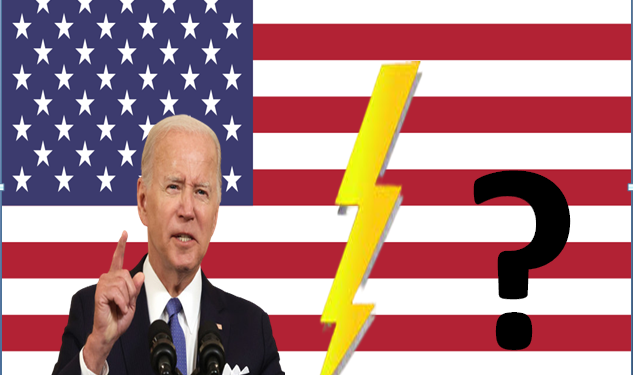 The US presidential elections is a showdown that’s always worth watching. But it’s also important to take note of this year’s Presidential midterm elections. The Democrats are pretty clear with choice, and that’s obviously Joe Biden. Though there were many speculations that due to the growing unpopularity of Biden in the US’s economic and political sphere and his own health conditions, he may step down to run for the upcoming mid-term elections but Biden opted not to do so.  Also, it has been a norm that the sitting President is not challenged in the primaries and it’s up to him to decide should he choose to run for re-election.

The GOP faction is also armed to the teeth. Former President Donald Trump still leads the Presidential bid with the Governor of Florida, Ron DeSantis coming in second; but other possibilities such as Senator Ted Cruz of Texas and Former VP Mike Pence cannot be ruled out.

Moreover, at present, the current political spectrum favours GOP. A recent Gallup Poll indicates Biden is running at historically low approval ratings with 33% saying that he deserves to be re-elected and 67% citing otherwise.

The Sunak Effect in the United Kingdom

In this situation, the United Kingdom undoubtedly offers a good lesson for Republicans to learn from, as the former chancellor of Boris Johnson’s cabinet, Rishi Sunak, has had considerable popularity due to his ethnic diversity. A few weeks ago, United Kingdom Prime Minister Boris Johnson announced his resignation from office as the PM of the UK and also the leader of the Tories i.e. Conservative Party.

As a result of Boris Johnson’s poor performance as British prime minister, the Tories found themselves in hot water, and he was forced to quit as a result of the rising pressure. But Rishi Sunak was instrumental in the events leading up to his resignation.

The Tories designed Boris’ resignation on the back of Sunak’s popularity scale. Almost half of the voters for the UK’s governing Conservative Party believe Rishi Sunak will make a good Prime Minister. Sunak’s popularity has peaked in recent times, given the fact that his ethnicity is not at all a ‘Briton’, his rise is quite astonishing.

Sunak’s ethnicity made Tories quite well-liked among Indians in the United Kingdom. After the Jewish community, British Indians were the ethnic group that supported Tories the most in the 2019 elections. After decades of slow progress, this percentage jumped to 40%.

And Tories appreciated the rising support, for those who don’t know, Rishi Sunak and Priti Patel were sworn in as MPs on the Bhagavad Gita.

Thereby we can say the Republican Party of the USA needs to make a person of different ethnicity a Vice Presidential Candidate, this strategy could help GOP Triumph in the 2024 elections.

South Asian ethnicity factor could twist the fate of the GOP in favour of the 2024 elections. In 2020, United States Census Bureau published its Census that proved once again that America is indeed a mixed bag of cultures.

In the past three decades, the number of Asians has almost tripled, with Indian Americans among them being the Asian group with the highest growth. They comprise 4 million people, or 1.2 per cent, of the US population. Whereas, Chinese Americans continue to remain the largest Asian origin group in the U.S., making up 24% of the Asian population, or 5.4 million people.

For years, Democrats enjoyed the vote of Asian Americans because of their pro-migrant policies. But in 2016, the belief was broken when Donald Trump was elected as President of the United States. Around 49 per cent of Indian Americans voted for Donald Trump.

But, Asian Americans have a history of being a flip-flop voter base. In 2020, many Asian Americans again backed Democrats, not for their pro-migration election campaign, but because the VP candidate was an Asian, Kamala Harris.

GOP’s 25% voter base is going nowhere. But where the party can play it by ear is by influencing the 41% of independents. Out of which, a major chunk is of different ethnicity.

Therefore, at this moment, the GOP should raise a candidate of different ethnicity like Rishi Sunak USA who can easily influence the crowd in its support. Honestly, this could boost their chances of defeating the Democrats in Presidential elections as well.