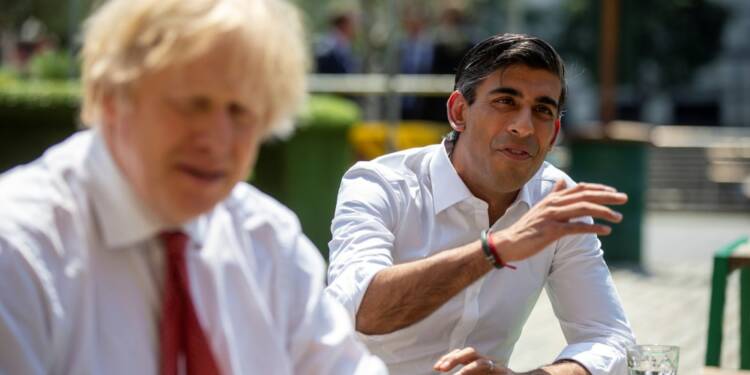 With anti-China hawks getting elected all over the world, all politicians have a foolproof formula at losing favour with the electorate- embracing China. Take the case of Rishi Sunak, an Indian-origin British politician who has been serving as Chancellor of the Exchequer for the past two years.

Read more: Japan’s elections indicate rosy days ahead for China-hawks in South Korea and the Philippines

Sunak is widely expected to replace British PM Boris Johnson following the partygate. Sunak seemed all set to take over from Johnson. But he has committed the biggest blunder that a politician can commit in the present era- stepping on the China landmine.

British PM Boris Johnson is presently in the midst of a major controversy. It has come to light that on a sunny evening in May 2020, PM Boris Johnson was attending a ‘bring your own booze’ party on the lawns of the British Prime Minister’s official residence- 10 Downing Street.

Read more: If the Tories wish to survive, they need to think beyond Boris

This was at the time when the Pandemic forced the British public to stay confined in their homes and avoid spreading infection. The partygate has led to calls for Johnson’s resignation.

And this is where Sunak comes into the picture. Johnson’s popularity is at an all-time low. But Sunak is on the rise. The de facto number 2 in the government due to his position as the Chancellor to the Exchequer, Sunak is regularly engaging with the party MPs through his breakfast gatherings who in turn will eventually vote for the next leader.

Read more: Could Rishi Sunak be the new Prime Minister of the United Kingdom? Well, his party thinks so

One Tory leader was all praises for Sunak after attending one of his breakfast gatherings as he said, “He walks the walk of a prime minister.” He added, “People look at him and he’s smart, he’s pleasant, he’s polite. What’s not to like?,” another Tory found Sunak to be “very engaging, brilliant, totally across the detail and very relaxed.”

Even though Rishi Sunak seemed promising, he has embarked on the China misadventure.

He is pursuing a “complete sea change” in Sino-Britain relations. And he has started it with the relaunch of a major trade summit that remained suspended for the past two years over obvious reasons like Beijing’s growing political interference in Hong Kong.

Telegraph quoted a source as saying, “The realisation from ministers is that, whether they like it or not, you can’t ignore the China trade opportunity.” It added, “And ministers have been told that we need to be more like the Americans with China. The US have had their equivalent of this dialogue.”

The source further explained, “They may be very tough-talking on political issues, but they continue with one or two of their dialogues, and you can see that various of their financial services firms have continued to be awarded important new licences in China. There’s nothing to stop the UK pressing for commercial advantage for its firms.”

As Sunak’s name came up, many perceived it as a progressive move. An Indian-origin PM would be highly symbolic in the context of Britain’s shameful imperial history.

But Sunak has another side. He has been dovish about China for quite some time. Last year, he even signalled a reset in ties with the Communist country.

Sunak said, “the debate on China lacks nuance” and added that the UK could speak about human rights abuses and still gain access to the Chinese market. So basically, he suggested lots of lip service without any substantial action against Beijing.

A Treasury spokesman confirmed, “Economic and Financial Dialogues remain an important mechanism for progressing our economic, financial and trade relationships.

The spokesman added, “We will continue to pursue a positive trade and investment relationship with China, while ensuring our national security and values are protected.”

How the China misadventure could ruin Sunak’s PM dream

The fact remains that Beijing isn’t very popular in Britain. Only recently, MI5, the United Kingdom’s domestic counterintelligence and security agency, recently warned that a Chinese agent had infiltrated the British Parliament.

The conservatives are the ones who are supposed to speak against Chinese interference. The Labour Party is known to have a soft corner for China.

Home Secretary Priti Patel even called it “deeply concerning” that someone “who has knowingly engaged in political interference activities on behalf of the Chinese Communist Party has targeted parliamentarians”.

But if the conservatives want to elect a China dove, then they are really not helping the UK’s cause. Rishi Sunak seemed like a promising successor for Boris Johnson. But he has stepped on the China landmine at the wrong time.

Ivermectin was always the solution. Japan proves it!