If the Tories wish to survive, they need to think beyond Boris 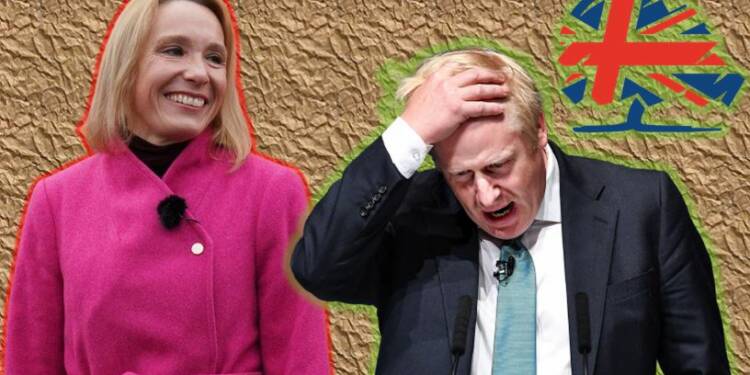 On the 19th of December in 2019, news portals across the UK reported a significant political event — a resounding conservative victory. Statements like “U.K. Prime Minister Boris Johnson will retain power with a thumping majority after his Conservative Party secured its best election result since 1987,” were printed in every portal. However, two years since the BREXIT fervor, a pandemic-hit Britain has sent the Tories into disarray. The Conservatives have lost the North Shropshire seat to the Liberal Democrats in a by-election blow to Boris Johnson. And why is it significant? It is a seat that they held for nearly 200 years.

Helen Morgan, the winner, overturned a Tory majority of about 23,000 votes, declaring that the PM’s “party is over.” Mr. Johnson has had a difficult week, facing criticism over Downing Street parties and a mutiny by his own MPs on Covid measures. Sir Roger Gale, a Tory MP, said that the prime minister was on “last orders.”

Recognising the message, Tories should realise that they need to think beyond Boris Johnson and look for a person with a more assertive domestic policy and decisive foreign policy, if they wish to survive.

Fading trust in the leadership of Boris Johnson

Boris Johnson is losing support for the very reason that he gained popularity. He was an outspoken supporter for the BREXIT and thus, became the voice of a majority which was kept out of conversation by the left-liberal labour alliance. However, with the task of BREXIT being completed, failing foreign policy and dwindling economy, his overall indecisiveness has become an eyesore for the struggling population of the United Kingdom.

Post Brexit, the UK has been left exposed to its adversaries owing to its decrepit volatility. China’s attack on the idea of “Global Britain” has intensified in the past few months. Without EU’s support and Trump’s backing, Boris Johnson is succumbing profusely to Jinping’s diktats. Year long, the United Kingdom under Boris Johnson has sidestepped from making independent foreign policy decisions and followed the blue print set up by Joe Biden and his administration.

In the face of such crumbling, his gaffes like the Peppa Pig episode have only accelerated the fall. The prime minister’s lengthy speech to the Confederation of British Industry (CBI) in late November was criticised for its lack of seriousness and professionalism. During the speech, Johnson lost his position and spent 20 seconds shuffling the scattered printed papers on his platform, repeating “forgive me.”

Some believed Johnson would use the speech to unveil appropriate policy in furtherance of his “levelling up” goal. Peppa Pig, on the other hand, received a lengthy assessment. Johnson went on a digression about his recent visit to Peppa Pig World in Hampshire, an amusement park dedicated to a children’s cartoon character. Acts like this have not only decreased the credibility of the Prime Minister, but it has also impacted the fortunes of the conservative block.

Following an outrage over lawmakers’ second jobs, criticism of Johnson’s lavish refurbishment of his flat, and an increase in COVID-19 cases, opinion polls show the Conservatives, who still have a substantial majority in parliament, are sliding behind their main rivals — the Labour Party. “This has to be seen as a referendum on the prime minister’s performance,” Conservative lawmaker Roger Gale, a long-standing critic of Johnson, told the BBC. “The Conservative Party has a reputation for not taking prisoners. If the prime minister fails, the prime minister goes.”

Also read: Is UK planning to come to the South China Sea to take on China? Post-BREXIT, definitely

By-elections are frequently used by British voters to punish the ruling party, but the scale of the Liberal Democrat victory suggests deep public dissatisfaction with Johnson’s government. In such a situation, Tories need to replace Boris Johnson, by a leader who has portrayed decisive characteristics. They need a lawmaker who can lead the country out of the economic crisis by a consistent policy, as well as unite the country and play a leadership role to counter the anti-free-market takeover by the communist China.

One such leader is Dominic Raab, who portrayed his capabilities last year when Boris Johnson had contracted COVID-19. While Boris Johnson was recuperating from the deadly virus, Dominic Raab was given the charge of the country. At a press conference, Raab stated, “There absolutely needs to be a very, very deep dive after the event and review of the lessons, including of the outbreak of the virus. I don’t think we can flinch from that at all.”

Leaders like these, who have maintained their criticism of CCP, pinpointed the cause of the current crisis in the UK as well as the whole world, can become the right people to lead Britain. Time is fast running out, and as the British people have already expressed their dissatisfaction with the Prime Minister, Tories need to think beyond Boris Johnson if they wish to survive this political rout.