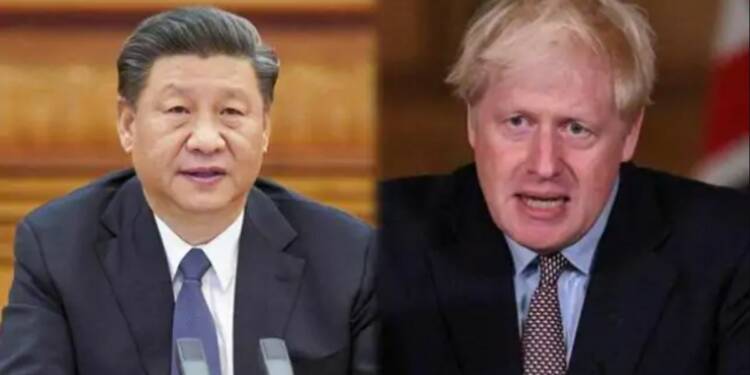 With Brexit done and dusted, Britain is ready to focus on a much larger threat, Beijing. Nigel Farage, the leader of the Brexit Party has called attention to focus on China, as Beijing poses a much greater threat to Britain’s independence.

China’s aggression has been in the spotlight throughout last year. The crackdown on Hong Kong has irked the British. Boris Johnson has been dealing blows after blows on China, in Africa, in the UK and has made scathing criticism on China’s belittling of democracy in Hong Kong.

Read More: Boris Johnson is taking the fight against China to Africa and winning already

While the UK had been entangled in a messy Brexit, now that it has been finalised, Britain has set its sights on countering China’s overreach. The UK is countering Chinese over-reach. Be it the phasing out of Huawei from UK’s 5G network infrastructures or sharing intelligence reports with European countries and pushing them to keep Huawei at bay. The UK is also increasing its engagement in the Indo-Pacific and the South and the East China Sea.

Nigel Farage has cautioned that China is a bigger threat to Britain’s independence than EU, post-Brexit in a video he posted on Twitter as he vowed to ensure that “we are no longer dependent” on Beijing.

The Brexit leader sent out a video on Twitter announcing that he had launched his “next campaign.” In the caption accompanying the video, Farage wrote, “Stopping China is the next big battle to fight.”

Stopping China is the next big battle to fight. pic.twitter.com/4UZB2s9O3S

Speaking of his next “big challenge” after Brexit, Farage said, “A bigger threat to our independence, our way of life, our liberty, and it is China.”

In the video, Nigel even went on to explain the atrocities that China has committed to democracy. He said, “They’re throttling democracy in Hong Kong and they’ll do their best to do it elsewhere. They’ve taken over many of the resources in Africa… “This Chinese Communist Party poses a massive threat to the world, a threat to our freedom, a threat to our way of life.”

Farage went on to explain that his next political mission would be to ensure that Britons understood “who China is”. He added, “So my next campaign is to make sure people understand who China are, what the Chinese Communist Party is, what it’s doing to its own people, what it wants to do to the rest of the world.”

In its attempt to crush pro-democracy movements in their sphere of power, China has become increasingly more militant under Xi Jinping. The conflict between Xi Jinping and India, Australia, and European countries has considerably increased in the past few years. It crushed Hong Kong’s independence and oppressed China’s domestic liberties. Beijing’s Politburo has also been charged with violating the human rights of the Tibetans and Uighurs of Xinjiang. The strengthening of China’s islands in the South China Sea is also a cause for the controversy.

While Beijing’s economy has been suffering, it still poses an increased threat to security and peace in the international arena. Powers that be, have come together and joined hands in the Indo-Pacific, in the South China Sea, the East China sea, and Africa. And now, Britain is out of Brexit with a renewed sense of identity and is ready to take on China and defend the liberty, freedom, and independence as Britannia gets set to sail again.

By putting bounties on the heads of American soldiers, China has put a bounty on its own head