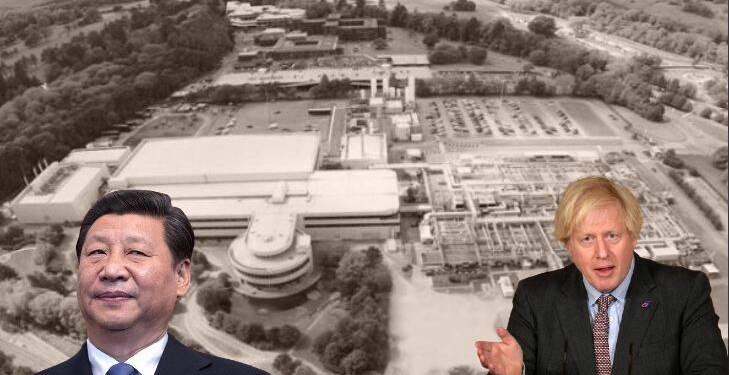 Prime Minister Boris Johnson’s government recently approved the Chinese takeover of UK’s largest semiconductor firm. Now it is facing intense criticism from the opposition and the purchase of Newport Wafer Fab, by a Chinese-owned company is now being investigated by Britain’s national security adviser.

It occurred just a day after Welsh secretary Simon Hart claimed he was “satisfied” that security issues had been considered in response to Labour and Conservative MPs’ criticism. The government should “exercise its authorities under the National Security and Investment Act to promptly scrutinise this takeover,” Labour said on Tuesday.

The sale for a critical industrial asset aroused significant outrage amid deteriorating UK-China relations and increased scrutiny of Chinese corporations and their abroad investment practices. The sale of Newport Wafer Fab in Wales to Nexperia, a Dutch firm owned by China’s smartphone giant Wingtech, was completed earlier this week.

Speaking to MPs on parliament’s liaison committee, Johnson said, “I think semiconductors are of huge importance to this country, and one of the things I wanted to look at immediately when I became prime minister was whether or not we could become more self-reliant.”

“We have to judge whether the stuff that they are making is of real intellectual property value and interest to China, whether there are real security implications,” Prime Minister Boris Johnson told Parliament’s Liaison Committee.

As China has targeted semiconductors as a crucial technology for the future economy, the semiconductor industry has gained geopolitical clout. The industry already produces a trillion chips every year, but as computers are integrated into more and more products, that number is likely to rapidly climb. Global shortages of computer chips have caused significant delays for carmakers in the UK and elsewhere this year.

On Tuesday, Ed Miliband, the shadow business secretary, said, “Given the importance of semiconductors to our country’s critical infrastructure, there is a clear case to examine this on national security grounds.”

Of late Boris Johnson has been facing increased criticism and pressure from the opposition. A cross-party motion calling for the diplomatic boycott of the games was tabled by former Conservative Party leader Sir Iain Duncan Smith, who has been sanctioned by the Chinese regime for his outspoken stance against Chinese infringement of Human Rights in Xinjiang and other regions.

Apart from seeking a diplomatic boycott, the motion also urged the government to “discourage” companies from sponsoring the games and asks individual athletes to “think carefully” about whether or not they should attend. Conservative MP Tim Loughton had asked Johnson to support the motion. However, Loughton’s call was unexpectedly brushed aside by the Johnson.

TFI had also reported, that if the Wingtech group are allowed to move through with the purchase unhindered by the Boris administration, it might prove to be detrimental to the efforts previously made by the USA’s former Trump administration in order to choke China’s crucial supply chains.

Because of its decaying unpredictability, the United Kingdom has been left vulnerable to its opponents following Brexit. China’s campaign against the concept of “Global Britain” has increased in recent months. Boris Johnson is surrendering to Jinping’s diktats profusely without the EU’s support or Trump’s backing. Johnson must overcome his fears and confront China head-on if he is to steer his country away from China’s growing grip. However, the opposition in the UK has stepped up to guide the government and poking at its way where it falters and Boris Johnson must take heed of it.