China has officially joined the West’s side 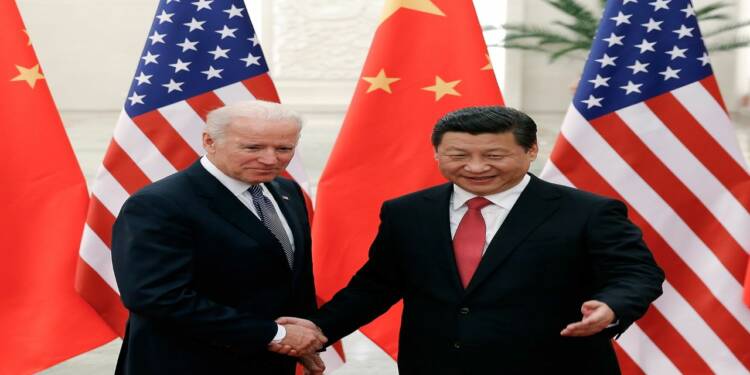 “The so-called revival or revitalization of Russia under the leadership of Putin is a false proposition that simply does not exist.”

“Russia has lost its strategic dominance and initiative.”

Guess, who has given all these statements?

The US?The UK? Or Taiwan?

What if we tell you that all these statements are from Chinese officials? Yes, you read that right.

You see, from the very beginning of the Russia- Ukraine war, China was wary of supporting Russia. Beijing feared that if it does support Russia directly, Europe would come hunting for it and bulldoze its economy through sanctions.

We even wrote an article a few days ago about how China was extorting Russia for cheaper oil. In a way, Beijing was threatening the Russian Federation, saying that it would support the G7 group’s plan to control the price of Russian oil if Moscow did not offer oil at lower costs.

Read More: China is blackmailing Russia for even cheaper oil, but this can very well backfire

Make no mistake, the aforementioned statements from Chinese officials, point out the fact that the differences between China and Russia are on a rise. But how does it mean that China is inching closer toward the West?

Well, according to a recent Newsweek story, China has presented four lists of topics that it wants Washington to address to mend their deteriorating ties.

“They include the updated list of U.S. wrongdoings that must stop, and the updated list of key individual cases that the U.S. must resolve, which were first presented to the U.S. side at last year’s meeting in Tianjin,” Chinese Foreign Ministry spokesperson Wang Wenbin told reporters.

He added, “The lists also reflect China’s constructive attitude about conducting practical cooperation with the U.S. based on mutual respect, equality and mutual benefits,”. “We hope the U.S. side can take China’s lists seriously, and take real actions to fulfill the commitments made by President Biden and the U.S. government.”

The West is receiving Beijing with open arms as China extends a hand of friendship to it. Recently, it was announced that President Biden may reverse certain Trump-era tariffs on Chinese goods, which would harm American workers and companies while increasing the already catastrophic trade deficit with China.

While abolishing these levies would have little effect on inflation, it would be a significant concession to Beijing. The Section 301 tariffs were imposed in response to decades of Chinese intellectual-property theft and other unfair trade practices, and they provided critical leverage in securing the Trump administration’s Phase One Agreement with China, which went into effect in February 2020.

Irrespective of the burgeoning trade deficit between the two, Biden is ready to get into a dalliance with China and he is even planning a meeting with Xi Jinping soon.

United States Secretary of State Blinken, said that “despite the complexities of our relationship, both parties found the talks “useful and constructive”.

The growing bonhomie between China and the West would surely enrage Putin. Beijing should get ready to deal with any threats that Putin may bring its way, in the coming years.