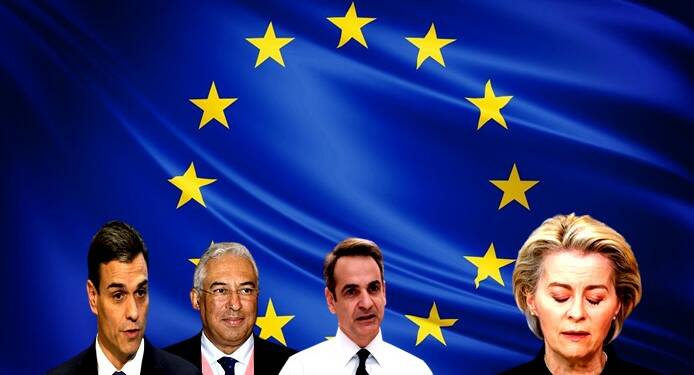 Germany is scrambling to secure alternative energy supplies as gas exports from Nord Stream 1 have drawn a blank, and the resumption of supplies to pre-maintenance levels remains uncertain. German industrial leaders fear that without Russian gas, the country is all set to face catastrophic consequences and really harsh winter.

Presently, Germans are being advised to take shorter showers in an effort to conserve electricity. The nation is currently on the second of three emergency alert levels; if the third is activated, gas rationing may occur.

Moreover, interior minister Nancy Faeser has also confirmed that the possibility of ‘civil-unrest’ cannot be ruled out. Seeing the dire economic situation, the EU made the decision to intervene. The commission came up with a plan of rationing gas across the continent and sharing the gas as a part of a ‘solidarity pact’.

Under EU’s gas reduction program, 27 EU countries were supposed to reduce their gas use by 15% from August 1, 2022, to March 31, 2023. However, the idea has already been rejected by three countries before even its approval.

Spain, Portugal, and Greece say ‘NO’ to the EU’s gas reduction program

Spain, Portugal, and Greece have denied accepting the EU’s gas reduction program. As per Business Standard, the Spanish government has rejected the plan announced by the European Commission to cut gas consumption by 15 per cent in the coming months in view of the possibility that Russia will further cut gas exports.

Teresa Ribera, Minister for Ecological Transition, has stressed that Spanish people would not suffer for bailing out other nations. She said: “We want to help, but we also want to be respected, whatever happens, Spanish families will not suffer gas or electricity cuts in their homes and the government will defend the position of the Spanish industry, which has paid a special price to guarantee the security of supply.”

Portugal has also expressed its discontent with the EU’s gas reduction program. Portugal’s secretary for the environment and energy, João Galamba said:“ The proposed measure was unsustainable and disproportionate. The whole logic behind rationing presupposes interlinked (European gas distribution) systems, and it appears the European Commission forgot about that.”

The discontentment in Greece is no different. Government spokesman Giannis Oikonomou announced, “The Greek government does not agree in principle with the EU proposal for a 15% reduction in gas usage.” Furthermore, Greece announced an exclusive plan for Greeks to embrace rotational power cuts.

Make no mistake, the three nations are pretty clear that they are not ready to cut their supplies and share with the big guns of the EU. Furthermore, the nations have already expressed through their declarations that they believe they are being used as “pawns” to advance the EU’s vicious agenda.

To be honest, the rejection of the EU’s gas reduction program by these nations is bona fide. Almost every nation in the bloc is battling against soaring inflation, driven by high energy prices due to the Ukraine war. People are annoyed at the government and there is a wave of protests happening across the continent.

In Spain, PM Pedro Sanchez is facing backlash due to skyrocketing inflation. He faced protests by drivers and farmers, in recent months due to price hikes. Moreover, inflation in Spain peaked at over 10 per cent in June, compared to 8.6 per cent for the eurozone.

Even in places like Hungary, where protests are hardly reported, there are demonstrations against the government due to recent tax changes and price hikes.

Germany-controlled EU wants every nation to sacrifice their energy share for gas guzzling bigger economies, but smaller ones are now firing back.
⬇️
Hungary, Spain and Portugal pic.twitter.com/6ZXgYOB9GW

Is it the fall of the EU?

So, what’s the course ahead for the EU? Well, as the deepening energy crisis continues to penetrate European economies, the EU is going to break down.

Smaller countries have already started retaliating against the EU’s demands to give up their energy share. In the coming days, there will be rising factionalism in the bloc, where almost every economically smaller nation would go all guns blazing against the Commission.

The EU is sitting on a powder keg that is going to explode very soon. Without a doubt, the fall of the European Union is imminent.

‘Remove sanctions and then I’ll talk,’ Putin’s ultimatum to Europe