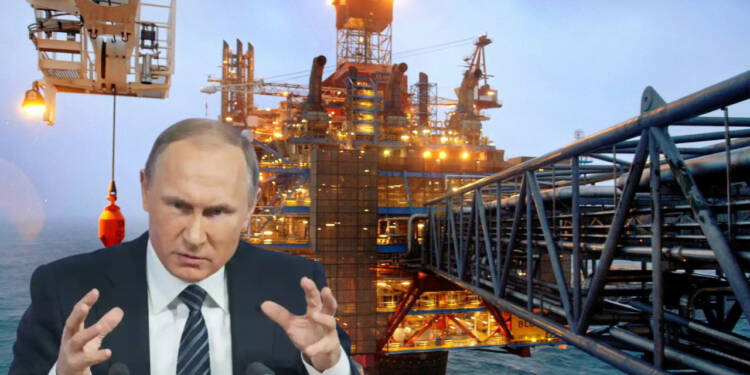 Europe has been the centre of conflict for hundreds of years and the twenty-first century is not different either. The Russo-Ukraine war is developing negatively for Europe’s energy, defence and economic security. An already energy-starved Europe is all set to face a cold winter after its energy supplies are under a rising threat due to the mysterious circumstances around the world.

Europe’s reliance on Russian energy has made it difficult for the continent to keep up with its promises of limiting energy imports from Russia to complete nullification. European citizens are portraying a crisis of faith toward their leaders due to endangered energy imports amid upcoming winters. Europe’s inability to drive manufacturing and production due to limited energy supply devastates its exports and the overall economy.

Europe has been looking at alternatives to Russian energy and has undoubtedly received help from the United States and its allies. However, the US under Biden is already a fake show. Biden had previously advocated limiting indigenous oil production and focusing on green energy. US allies are not technologically and infrastructurally equipped to cater to Europe’s energy needs.

Read More: So, Norway has unofficially joined Russia’s side in the ongoing energy war

The USA made efforts to help supply Europe with natural gas also met with a “tragedy” when on Tuesday (14 June), an American gas company- Freeport LNG Terminal announced that its infrastructure would take months to repair after the terminal suffered from a fire explosion which led to a suspension of about 14% of the USA’s natural gas supplies to Europe. In turn, the gas prices in Europe saw a hike of about 16%.

Algeria too was considered a major energy partner to Europe during these times. But, Spanish Economy Minister Nadia Calvino alleging Algeria being a Russian proxy has made the European leaders think again. Norway is a major supplier of oil and gas in Europe and countries like the UK have been borderline shielded from the fluctuating prices owing due to a major dependence on Norway as an energy import partner.

Norway, a major exporter of energy to Europe is under an increasing threat of halted production at a crucial time when the US and its allies are expecting Norway to boost its manufacturing. Norwegian offshore workers have begun a strike that will reduce oil and gas output, according to the union leading the industrial action.

The strike, in which workers are demanding wage increases to compensate for rising inflation, came a couple of weeks ago amid high oil and gas prices, with supplies of natural gas to Europe especially tight after Russian export cutbacks.

To make matters worse, news of two gas leaks at its Sleipner complex in the Norwegian North Sea has been reported. Owing to the leaks, Equinor (Energy Company) shut the giant production complex down, reducing Norway’s natural gas output just as it is trying to ramp up to meet European demand. Processes are reportedly expected to be normalised in a couple of days but the difficulties in repairing critical infrastructure could take months.

Norway’s energy exports are one of the last hope for an energy-starved Europe. The United Kingdom, Sweden and the Netherlands are some of the biggest importers of Norwegian oil with these countries importing 19.4%, 13.8%, and 17.8% respectively of the total Norwegian oil output in 2021. The fall of Norwegian energy exports could be a final nail in the coffin for Europe which would then be forced to unanimously support Russia to shield their citizens from a freezing winter.