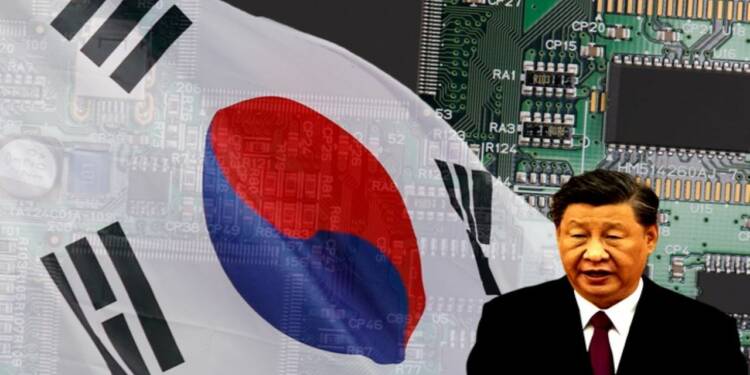 World politics has been long dominated by the geographical presence of oil supplies. However, the arrival of cleaner sources of energy has initiated a drop in the popularity of the former. Oil has ruled the markets for more than five decades but that is about to change.

All major economies of the world are on a spree to develop their semiconductor manufacturing capabilities to compete in an increasingly competitive world. Semiconductors are used in almost everything and the nation that will be controlling its majority supply would eventually end up leading the 21st century. To put it in other words, the semiconductor is the new oil in this digital age.

The World Picks up Pace

Both the US and the EU have even passed legislation to support domestic semiconductor firms in response to a worldwide chip shortage and growing geopolitical worries around global supply chains.

The CHIPS for America Act features a generous $52 billion package to support the research, development, and production of semiconductors in the United States, whereas the European Chips Act is a multibillion-euro project to boost the European semiconductor ecosystem. Both pieces of legislation have been passed at a vital time for chip makers as a result of the forced reduction or even halting of production in a variety of industries, including consumer electronics, healthcare, and automotive.

According to analysts and media reports, China is fearful of losing essential supplies amid a US-initiated chip alliance with Asian economies, particularly South Korea. The Chip 4 Alliance, is a partnership envisioned by the US to include South Korea, Japan and Taiwan. All three countries included by the US are pioneers in the semiconductor industry with a Taiwanese technology giant TMSC (Taiwan Semiconductor Manufacturing Company)  accounting for over 50 per cent of the market share of global chip manufacturing.

According to data from the Korea International Trade Association, China is South Korea’s largest trading partner, and in 2021, 48% of the US$69 billion in chipset exports from South Korea went to China.

China feels threatened by the US initiative because of China’s over-reliance on South Korea for its semiconductor needs. South Korean technology giants including Samsung Electronics have dedicated manufacturing in China that are assisting Beijing to ramp up their production levels.

“From China’s point of view, Korea is not only a semiconductor supplier but also a country where semiconductor manufacturing technology can be transferred in the long term,” said Kim Yang-paeng, senior researcher at the Korea Institute for Industrial Economics and Trade.

Make no mistake, the Chinese dream to become the Semiconductor mafia has been destroyed. China already has ongoing disputes with Japan and Taiwan and is now on the way to having a falling out with South Korea, thereby quashing China’s hopes to dominate the Semiconductor industry.