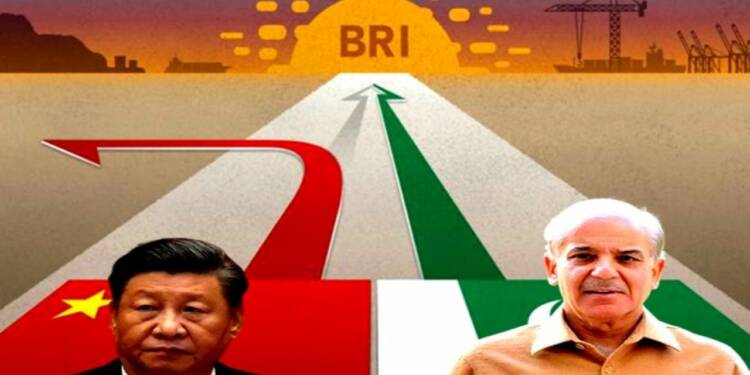 The economies of China and Pakistan are in shambles and this has now left both countries pleading with other nations to come to their rescue. “Any third country” eager to engage in the multi-billion dollar China-Pakistan Economic Corridor (CPEC) has now been called upon by China and Pakistan.

CPEC, a flagship project of China’s Belt and Road Initiative, is a network of energy and transportation projects that began to be built across Pakistan in 2013.  The CPEC plan largely centres on an economic corridor from Gwadar in Pakistan to Kashgar in the Chinese region of Xinjiang. But, now both the countries are running short of funds.

This comes at a time when the Pakistani rupee is one of the worst-performing currencies in the world, and the nation’s foreign exchange reserves are pitifully low. The Pakistani economy is in tatters. Well, in a similar fashion, the Covid-19 pandemic has taken the Chinese economy for a ride, which was already in shambles following the onset of the property crisis.

Moreover, the draconian Zero-COVID policy has locked down swaths of the Chinese economy. It curtailed factory output and severely hit consumer spending. Ever since the pandemic occurred, Covid lockdowns in China have hit the economy very hard.

Therefore, both the parties have now joined hands together to invite foreign nations to rehabilitate the Chinese BRI.

Read More: International Monetary Fund has realised that a massive economic crisis is about to hit China

According to a statement by the Foreign Office, both parties China and Pakistan showed interest in encouraging other nations to make investments in the project during the third meeting of the CPEC Joint Working Group (JWG) on International Cooperation and Coordination (JWG-ICC), which was held via video conference.

“As an open and inclusive platform, both sides welcomed interested third parties to benefit from avenues for mutually beneficial cooperation opened up by CPEC,” the Foreign Office statement said.

Make no mistake, both China and Pakistan are inviting more countries to participate in the initiative precisely because both sides are insolvent and suffering from an economic crisis.

An interesting thing to note is Beijing is particularly trying to woo the western nations. But, why? Well, western countries have ever since been averse to the Chinese Belt and Road Initiative projects. The region has been making efforts to drive the BRI to the ground. Perhaps, China is now trying to persuade the Western region to come and invest in the BRI.

A Global Times report on January 16 suggested that Saudi Arabia, United Arab Emirates (UAE) and Germany might come on board.

Read More: “Henan banks, return my savings!”. Even covered in bruises, this cry of protest looms over rural China

Though initially intended to create jobs and increase affluence in Pakistan, CPEC projects have encountered significant opposition from some groups of the populace, particularly in the Balochistan province of Pakistan’s Gwadar district.

Because of tensions between Pakistan and China, development in Gwadar, the hub of the CPEC, slowed down under the administration of former Prime Minister Imran Khan. However, now under Prime Minister Shahbaz Sharif’s administration, Pakistan and China are reviving ties but ironically both parties are reeling from bankruptcy. Hence, begging for support and investment from other nations is something inevitable.